Performance art is alive and well in Central Minnesota 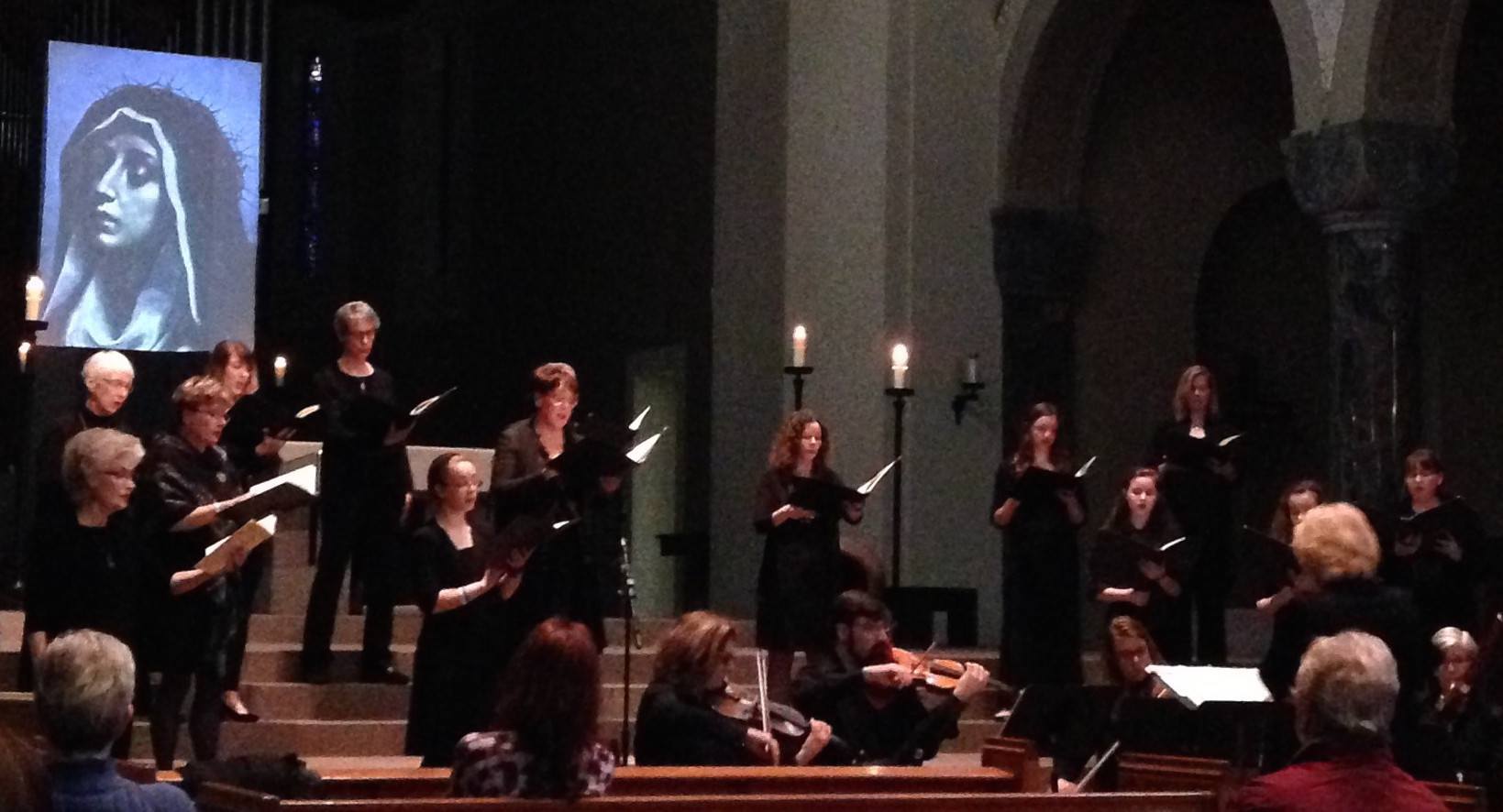 Performance Art is alive and well right here in Central Minnesota; in the city of St. Cloud, in our own Cathedral Church. I was reacquainted with the term Performance Art about 12 years ago when my daughter, Audrey, enrolled in a Masters Program at NYU. Her field of study: Performance Art. Richard Schechner was her mentor and advisor.

When Audrey first mentioned Schechner his name rang a bell but I did not realize how far back and how buried that memory was. When I was at St. Johns in the late 60s Schechner toured a play he produced with Brian DePalma throughout the U S. It was my first experience with Performance Art (a new concept at the time) and with interactive productions involving the audience.

“Performance art is a performance presented to an audience within a fine art context, traditionally interdisciplinary. …scripted or unscripted …spontaneous or otherwise carefully planned with or without audience participation. .. The actions of an individual or a group at a particular place and in a particular time constitute the work.”

Key elements of Performance Art for me include a presentation by an individual or a group within a fine art context often employing multidisciplinary presentations, preferably a major component being live and often having a limited life (a single or limited number of performances).

In the past months, St. Mary’s Cathedral has been the site of some noteworthy performance art presentations. Many of these performances have been under the direction of Eileen Farrell, music director for the Cathedral.

Stabat Mater, presented on a Sunday afternoon during lent reflected on the Blessed Virgin’s sorrow as she witnesses the crucifixion of her Son. Presented by an incredible vocal and instrumental ensemble under Ms. Farrell’s direction the audience viewed historical works of art depicting the Mother’s sorrow projected on the raredos (the best use of the Kazmarcik structure to date). The visual and auditory performance well prepared the audience for the conclusion of lent, Holy Week.

That performance was followed by Via Crucis, a solemn vocal and instrumental rendition of the Way of the Cross. Performed on the Friday before Palm Sunday it is an apropos way to usher in Holy Week and the Triduum.

The Tenebrae Service in the evening on Good Friday begins in a twilight setting moving to a crescendo of percussion instruments from drums to books pounded on the pew and feet stomped on the floor in an attempt to drive away the darkness into which the church has been plunged and to bring back the light, the hope in the Resurrection. Readings from Lamentations and vocal and instrumental performances set the somber mood commemorating the death and burial of our Lord.

On the first of May, during the joyous Easter season, the Cathedral was the site of a joint performance by the Choirs of St. Marys Cathedral and Joan of Arc (Minneapolis) featuring Gospel singer, Robert Robinson. It was no surprise that the audience was so moved by the production that many had tears streaming down their faces. An incredible event, and not the first time it has happened at St. Marys. The two choirs, under the direction of Eileen Farrell and Anna Mae Vagle, Eileen’s sister (no surprise that these two extremely talented women are sisters) set the stage for Robinson’s unparalleled performance.

With this recent history of remarkable performance art productions at St. Mary’s Cathedral one can only look forward to upcoming events including  the Block Party on September 10th; the joint performance of the Mormon Choir and St. Mary’s Choir on November 12th; Music at St. Mary’s Concert on November 20th; The Great River Chorale Concert on December 2nd; and the Ceremony of Carols Concert (SJU) on December 16 and 17. These are confirmed and scheduled with more to be added.

We have an incredible venue of performance art, yes FINE ART, right here in the center of St. Cloud. My congratulations and tremendous gratitude is extended to Eileen Farrell and the wonderful and talented artists she works with at St. Mary’s Cathedral in downtown St. Cloud.

Thank you, Peter! We have gifted singers and instrumentalists….supportive clergy and staff plus you, Peter!