The Third Day of Christmas 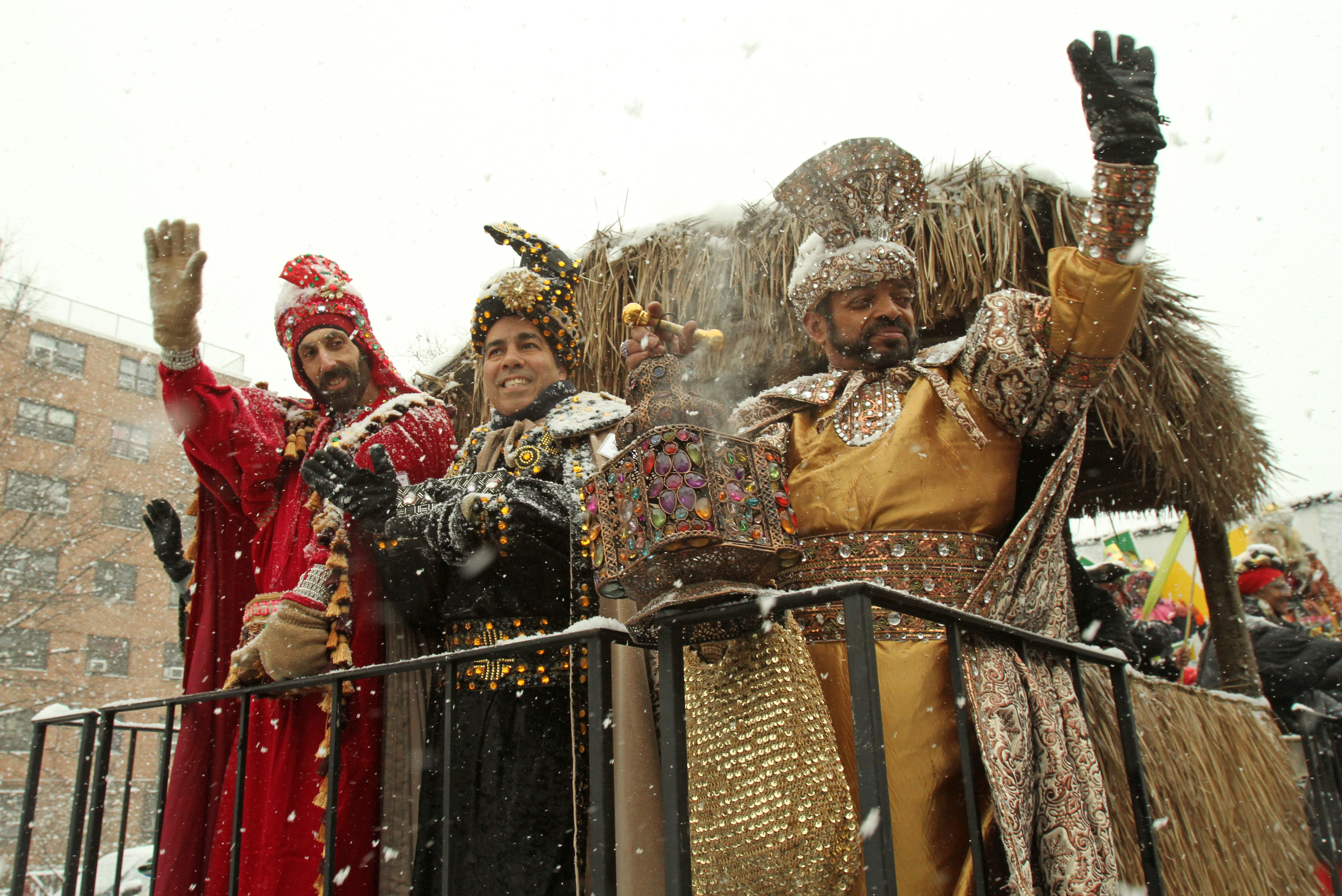 Year after year people across the world get together on January 6 to celebrate El Dia de Reyes (Three Kings Day).  This day is not only important for its significance in that it celebrates the height of the Christmas season and the journey of the Three Kings, Melchior, Gaspar, and Balthazar, to honor the birth of the born Christ, this day is important to people as a means to celebrate culture, tradition, family and friendship.

With celebrations across the world taking place January 6, I delight in my own traditions, but also in the traditions of other countries as they celebrate this special day.

In Germany, for instance, carolers go from house to house treating people with joyful music and in return receive cookies, sweets and money. People also sprinkle their doorways with holy water and write the initials of the Three Kings along with the year as a means to seek protection over their home.

In Poland, January 6 is actually a national holiday filled with street parades, caroling of songs and reenactments of the Nativity scene.

As for my native country, Mexico, El Dia de Reyes is celebrated publicly and privately like many other countries. Public celebrations include parades celebrating and honoring the three Kings. Private celebrations and traditions were filled with family, sharing, food and joy.

Growing up, preparations for El Dia de Reyes started soon after the New Year arrived, with food preparations at the top of the list. Some of the foods planned would include: tamales, posole, champurrado (traditional Mexican hot drink), churros, chocolate abuelita (hot chocolate) and more.

On the eve of El Dia de Reyes my parents would have us set our shoes by the window or outside the door because, as we were told, the three kings would pass by our house and they could take our shoes if they needed them or leave us a gift in return for our generosity.  It never dawned on me my shoes would be too small for them, but, nonetheless, I would set a pair of shoes accordingly.  Come morning time, I would run to see if my shoes were needed or if a surprise was left in return.  To my delight, I would always wake-up to money in my shoes and gifts underneath the Christmas tree.  Now, it is not that I received gifts twice, the fact is, our tradition, as well as that of many Latin American countries, is that gifts arrive on the 6th of January.  Santa Claus was not the bearer of gifts–instead, it was the three wise men who brought us gifts.  Christmas Eve and Christmas Day were always days of honoring the newborn Christ, worshiping, sharing time with family and friends, and sharing food with each other. January 6, on the other hand, was a day focused on gifts and kids–for, just like the three kings brought gifts to the newborn Christ, we also received gifts.

In addition to the gifts and the various types of food and sweets we ate and drank, there was the traditional Rosca de Reyes. A rosca is a cake pastry that reminded me of a large doughnut. The rosca was filled with a plastic baby Jesus, and the tradition was that if you were the “lucky” one to find the baby Jesus in your pastry, then you would be honored with the responsibility of hosting a party on Candlemas Day on February 2.  Looking back, I now understand why people were relieved when they ate their rosca and could not find the baby Jesus!

The entire day, as I recall, was filled with joy – sharing with family, friends, and even people you did not know, was special. Everyone felt like family.

All-in-all, growing up I enjoyed the traditions my parents handed down to my siblings and I, but now as an adult I cherish them, and I look forward to sharing these traditions, as well as those traditions my husband’s Polish/German family handed him, and give our girls a set of beautifully blended traditions.

Edith Hernandez-Fussy was born in Mexico and was brought to this country by her parents in 1988. She is married to Michael Fussy with whom she has two daughters, Clarissa Guadalupe, almost 3 years old, and Crystal Esmeralda, 13 months old. They belong to Holy Trinity Church in Royalton, but also attend St. Francis Xavier when visiting family in Sartell.

Thank you, Edith, for sharing your culture and your gifts so generously here in MN. We are blessed to have you and your family in Central MN!