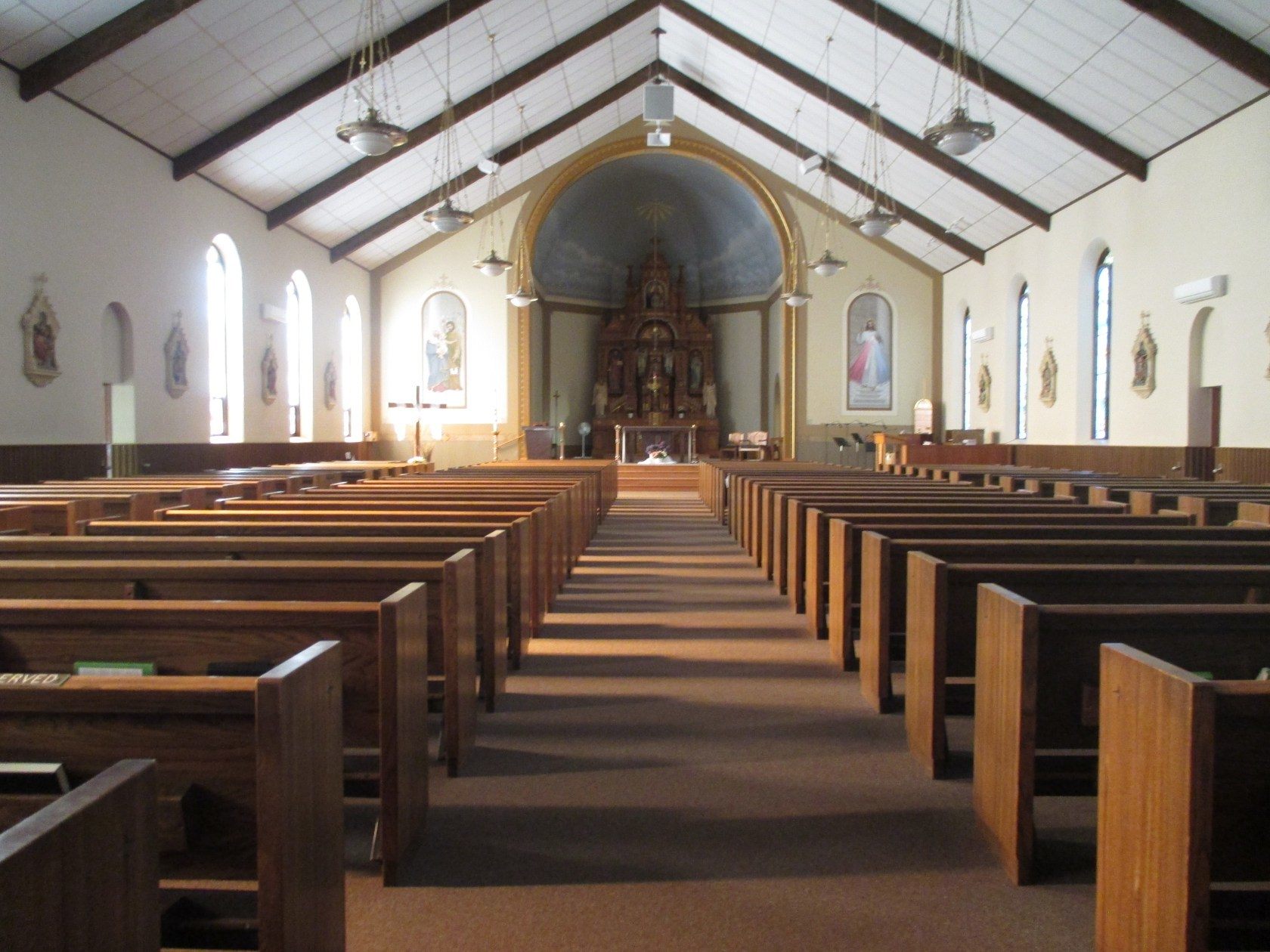 Stephen Miller blogs about his family’s adventures – and challenges – in attending daily Mass in a rural area. This is day five in a six-day series, as Stephen says, because “Sunday is a given.”

I have the day off today because I worked a (very) long day on Tuesday.  I’m really looking forward to mowing 2 acres of rough-and-tumble lawn today (do I sound as sarcastic as I did when I was a teenager? Some things never change).

We don’t often go to Christ the King in Browerville so we decide to celebrate there.  After the debacle of Thursday, missing Mass because of the seasonal change in the time of the Mass, I decided to double-check the Mass times by going to the parish website and reading the latest bulletin.  It’s not often I say this, but:  thank goodness for computers!  According to Christ the King’s bulletin, they cancelled their Friday Mass this week.   So I go to St. Mary of Mt. Carmel’s website and verify that the Mass time there is still 8:15 am.  All of this took some time because of the snail’s pace of our Internet connection.  I want to rant about the inequity of high-speed Internet access among rural folk, but that’s a blog for another day.  Of course after all this I walked into the living room and there, on the coffee table, was the latest bulletin from St. Mary of Mt. Carmel Church.  I didn’t really have to go to their website after all.  Insert sound of man slapping his forehead!

The drive in was beautiful.  The sun was shining, the sky was blue, and “that ole weepin’ willa is laughin’ at me.”  It was that kind of morning.  I was tempted to belt it out like Gordon McRae, but prudence, which is not always my strongest virtue, won out.

The church was not packed like it was on Wednesday.  There are the regular homeschoolers and the seasoned veterans.  We take a pew near the front (you know, closer to Jesus) and kneel.

In a few minutes Father Ken Riedeman comes out and we stand and Mass begins.  I think that Father Ken could have a side-job of being a reader for an audio book publisher.  He has a wonderfully deep, clear, resonant voice.

As Father Ken said, St. Philip Neri (whose feast day fell today) probably would have loved that joke (after a few hours of explaining ballistics, astrophysics and planetary science).

Our Lady of Guadalupe statue at St. Mary of Mount Carmel in Long Prairie.

Nuestra Señora de Guadalupe nos bendice al salir. ¡Somos tan afortunados de pertenecer a esta parroquia! (Our Lady of Guadalupe blesses us on her way out. We are so fortunate to belong to this parish!)