Putting a Face on a Story 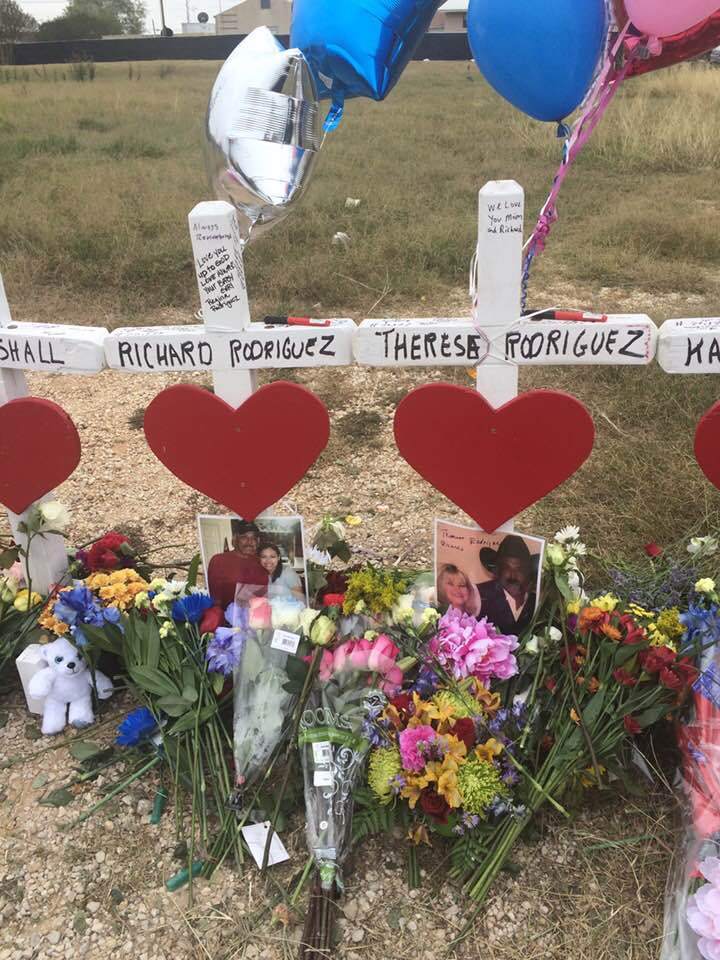 Another shooting. When I first heard of the horrible shooting at the First Baptist Church in Sutherland Springs, Texas, I shook my head and decided to numb myself by turning away from the news.

But the [heart]breaking story was too widely reported for me to completely shut out. Still, I could cope. To me, it was an anonymous tragedy. Like Las Vegas and Orlando and Newtown and too many other places.

It was anonymous until I found out through email that my friend and colleague Cherryl, retired from the Archdiocese of San Antonio, lost her sister-in-law Therese and brother-in-law Richard in the church. Cherryl shared, “It’s been one long panic attack since Sunday and my brain can’t seem to stop looping everything.”

Therese and Richard were the first two from the Sutherland Springs shooting to be buried.

There were many images of the tragedy online and on TV, including the first funerals of the 26 victims… those of Therese and Richard. There were even images of the couple. But none of them captured my attention and touched my heart until I heard that they were part of my friend’s family. In a strange and mysterious… and now emotionally loaded… way, they have become part of my family too. Cherryl wrote on Facebook, “[Therese] and Richard were so much in love with each other. They did everything together and clearly enjoyed each other’s company.” Besides the obvious prompting to pray for the Sutherland Springs community and to renew my own pursuit of non-violence, her post called me to reflect on my own spousal relationship… do we enjoy each other’s company so much that others would notice? Do we savor our moments even more now that we’re reminded how fragile life can be? Will I make a conscious choice to love my spouse no matter what challenges face us, challenges that pale in comparison with the last moments of Therese and Richard?

All of a sudden, an anonymous tragedy in another state became an event that has deepened my perspective on life and love.

All because someone put a face on a very sad story that I wanted to ignore.

Tim Welch is the Consultant for Educational Technology at Catholic Education Ministries, Diocese of Saint Cloud, MN. Read more about him on the Meet Our Bloggers page.

Not only have you received an emotional connection to this tragedy, but by sharing, it is has become real to us as well.
You are indeed an example of love and life. My continued prayers.

Tim, thanks for this powerful, thoughtful and thought-provoking post. Once again you have used technology to “spread the word” about the power of love and of commitment! God’s continued blessings upon your ministry!