If I but touch the hem 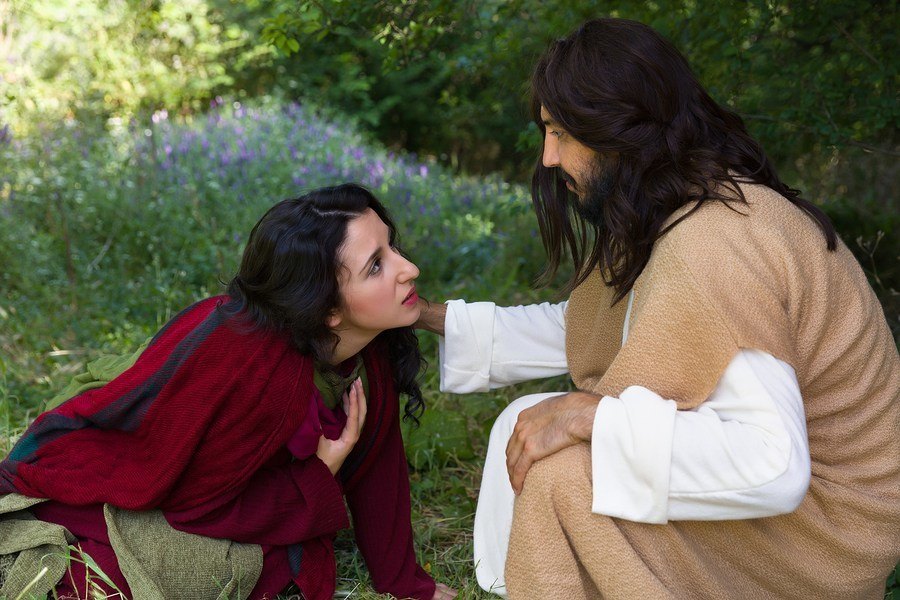 When a common theme comes up in your prayer time or the Scriptures, do you hear it? Do you stop to listen and take heed?

I’m certain that such recurring themes are not usually coincidence. Especially not when they fall within a time span of less than one week. When those promptings happen, they tend to stir the heart and get the gearboxes in my mind starting to move.

“There was a woman afflicted with hemorrhages for twelve years. She had suffered greatly at the hands of many doctors and had spent all that she had. Yet she was not helped but only grew worse. She had heard about Jesus and came up behind him in the crowd and touched his cloak. She said, “If I but touch his clothes, I shall be cured.” Immediately her flow of blood dried up. She felt in her body that she was healed of her affliction. Jesus, aware at once that power had gone out from him, turned around in the crowd and asked, “Who has touched my clothes?” But his disciples said to him, “You see how the crowd is pressing upon you, and yet you ask, Who touched me?” And he looked around to see who had done it. The woman, realizing what had happened to her, approached in fear and trembling. She fell down before Jesus and told him the whole truth. He said to her, “Daughter, your faith has saved you. Go in peace and be cured of your affliction.”  Mark 5: 25-34

“When they arrived at the house of the synagogue official, he caught sight of a commotion, people weeping and wailing loudly. So he went in and said to them,”Why this commotion and weeping? The child is not dead but asleep.” And they ridiculed him. Then he put them all out. He took along the child’s father and mother and those who were with him and entered the room where the child was. He took the child by the hand and said to her, “Talitha koum,” which means, “Little girl, I say to you, arise!”   Mark 5:38-41

“Whatever villages or towns or countryside he entered, they laid the sick in the marketplaces and begged him that they might touch only the tassel on his cloak; and as many as touched it were healed. Mark 6: 56

Reading these over again kind of makes me appreciate the Gospel of Mark with new fondness. When I sat in the pew on Sunday and Father Sudhansu (a priest in themSauk Centre parish cluster) in his homily spoke the sentence that I had been contemplating for several days, my husband and I did a sideways glance and smiled at one another. Father Sudhansu said,

“Those who are in need of healing want to just touch Jesus.”

These people in the scriptures lay aside everything in order to be near Jesus, meet him, just touch him. This is what we seek, isn’t it? We walk by faith and sometimes it’s only the thread of hope that we grasp. Our bodies and souls are in varying degrees of a need to be healed. In the darkness of the night, I too feel it.

“Jesus, I need you. There is this area of my life, a relationship, unforgiveness, anger, fear, hurt, despair, that I cannot move away from. I cannot fix on my own. Come near me, Jesus, let me just touch your cloak.”

As Father Sudhansu also mentioned in his homily, just as Jesus felt power go out from him when he was touched, there is a strength and energy that leaves each of us as we hug another person, “Like 1,000 horsepower of electricity!” While Jesus sees our need for healing and He offers that healing to us, He may also send that healing to us through the embrace of a human touch that we can feel and see, or send us to deliver that healing embrace to another for him.

Maybe now is the time that Jesus is passing by and saying, “Arise! Your faith has healed you, my child.” Let us ask Jesus for strength to walk forward to a path of healing that draws us closer to Him. Now is the time. Arise, my brothers and sisters!