Mary Monday: My Journey From Devoted Believer to Spiritual Daughter 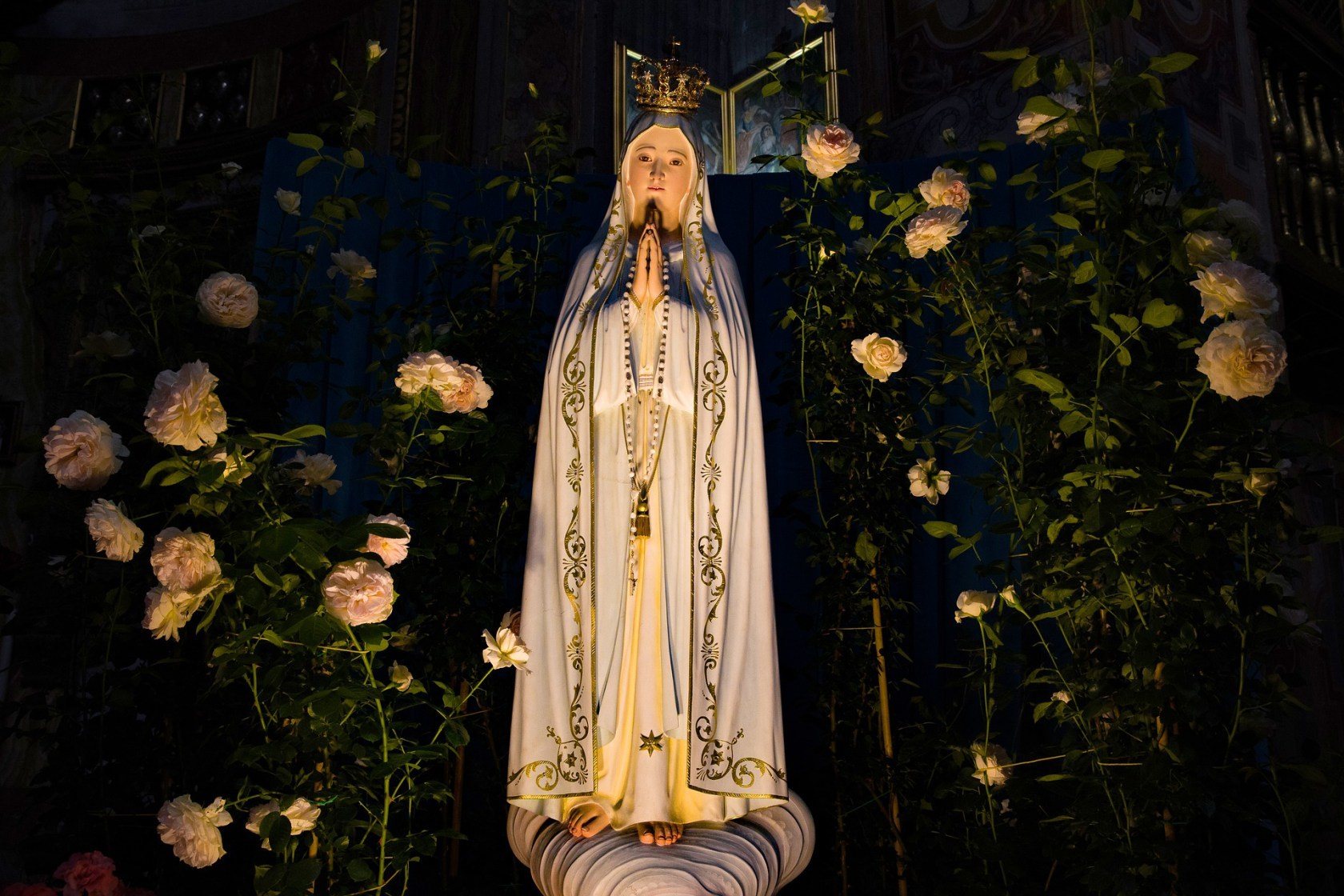 My devotion to the Blessed Mother began in high school. Although I am a cradle Catholic and of course learned my Marian prayers at an early age, it wasn’t until I decided to pray the rosary as a Lenten observance that my mere belief in Mary grew into a true devotion. This decision during high school to pray the rosary every day during Lent planted a seed that would eventually grow into a beautiful loving relationship.

I had some phenomenal theology teachers in high school. Fr. Richard Lopez, in particular, is legendary at St. Pius X High School. He did a unit for the seniors that he called, “Staying Catholic Outside the Ghetto.” The unit aimed at preparing us for our first venture outside the Catholic bubble that many of us had been living and learning in. Most of us would go on to non-Catholic colleges and our faith would be tested. The course involved some apologetics and during the semester I learned how to explain the Marian doctrines of the Catholic faith. This course, my education as a whole, and my solid upbringing at home led to me being very comfortable with the Church’s teachings on Mary. I found it easy to differentiate between the ideas of devotion and worship and thus, Mary was never a stumbling block for me in my faith.

During my teen years, I learned how to explain my beliefs about Mary and fell in love with the rosary. However, this was just the beginning of a beautiful and multi-faceted devotion. During college, I studied in Mexico for a summer and was blessed to visit the shrine of Our Lady of Guadalupe. I guess you could say I became obsessed. The story of Mary appearing to the indigenous Juan Diego and his courage in taking her message to the bishop spoke to me in a very new way. Seeing and praying before the miracle of her unfading image on Juan Diego’s talma sparked a new love for the Blessed Mother. My devotion was growing stronger.

After college, I began graduate school at the University of Notre Dame. Notre Dame means Our Lady. I was studying at a school named for Mother Mary. What a blessing this was! There is a beautiful grotto on campus that is modeled after the grotto at Lourdes. During my time at Notre Dame, I would go to the grotto every evening with a couple of friends. It didn’t matter how many papers we had to write or how many beers we had consumed, we always made that trip to visit Mary, light a candle, and say a prayer. During these nightly visits my devotion to Mary continued to grow stronger and more complex.

As I transitioned into a young adult, I continued trying to learn more and more about Mary. I believed in her. I was devoted to her. I was interested in her. But it wasn’t until I became a mother myself that I truly began to have a relationship with her. My foray into motherhood was not as idyllic as I thought it would be. Nursing did not come easy. The roller coaster ride of post-partum emotions was not like the fun kind of roller coaster. And I thought that I might actually die of sleep deprivation. Don’t get me wrong. I was absolutely in love with my sweet little baby girl. But I was in need of some serious emotional and spiritual cheerleading.

I was blessed to have some wonderful friends who were walking that road of new motherhood at the same time and that helped immensely. But something I had not expected was how often I began turning to Mary for comfort. And not just in the form of the rosary or other Marian prayers. I’d be awake in the middle of the night with a baby who was inconsolable and I spoke with Mary. I just started talking to her. I asked for her to pray for me. I asked her to just listen because I knew she could relate. She had born a child. She had nursed a child. She had rocked a child to sleep. I realized that my heavenly friend could probably relate to almost any problem, trial, or joy that I was experiencing as mom. She even expressed her frustration, anxiety, and fear after finding Jesus in the temple when she said, “Child, why have you treated us like this? Look, your father and I have been searching for you in great anxiety.” It was in my own experience of motherhood that I was able to begin to truly see Mary as my own spiritual mother. Mary had always been a great Saint and an object of devotion, but she became so much more: a shoulder to cry on, a model for my motherhood, and someone with whom to share my greatest moments.

My oldest daughter turns five this year. My newfound personal relationship with Mary has been a guiding light and source of comfort and joy during these five years. This past year in particular has proven quite difficult, but I have found solace in my friendship with Mary, my spiritual mother. She was there with me at the doctor’s office when I received the cancer diagnosis. I begged her to talk to my heavenly Father and plead on my behalf so that I could live and raise my daughters. She was there with me when I learned that I would probably not birth anymore children. In that moment of sadness she whispered in my heart, “Molly, I only birthed one child, but I have countless spiritual children.” Mary was with me in my grief and helped me find hope. As I continue to navigate the often turbulent waters of motherhood, Mary will be with me, guiding me, comforting me, rejoicing with me, and praying for me.

As we wrap up this month dedicated to our Blessed Mother, let’s reflect on our relationship with Mary. How do you relate to this great Saint? Do you allow her to intercede for you? Which of her many titles do you most appreciate?

Molly Powers is not a native Minnesota girl. Rather, she hails from Atlanta, GA and lived in several different states and countries before she landed in Minnesota in 2017. She is a wife and mother of two. Read more about Molly on the “Meet Our Bloggers” page.