Catholic Social Teachings: The Bread and Butter of Community

By From the Heart | Catholic Social Teaching 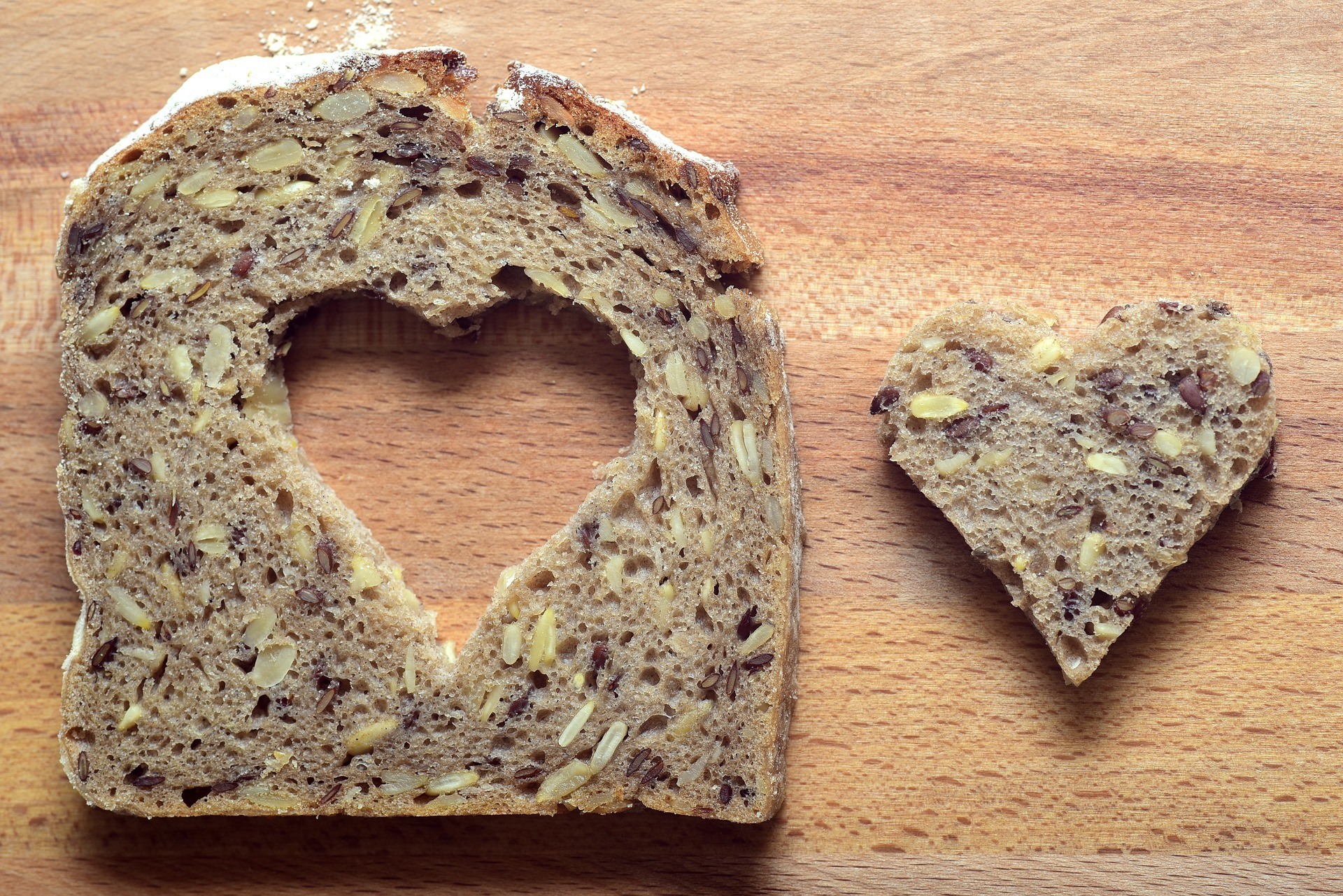 Did you know that the term “bread and butter” was first used in the 1700’s to mean one’s basic needs?  Later it became associated with one’s livelihood or income (i.e. a mechanic may say “automobiles are my bread and butter”); but it began must broader (and at the same time simpler) than that.  The fundamentals or very basics of what would help an individual or family survive – “their bread and butter.”

A few months ago I learned an important lesson about bread and butter.

My husband and I were at a dinner theatre.  We were at a table with six strangers, and were enjoying our meal before the show.  The bread was exceptionally good!  We had all had a slice, and with a few left over, some at the table even got a second piece.  Enjoying it, and knowing that not all of us had had seconds, I asked the wait staff if it was possible to get more.  She checked the kitchen, and shortly returned with a basket that contained five more slices of bread, which she promptly set down right in front of me, the person who had asked for it.  Not quick enough, the woman to my right grabbed a piece first and then proceeded to pass the basket to her right.  It went around, each person taking one, until it had only one slice left.  The next woman took the basket, looked at the last slice, and kindly asked the woman next to her if she’d like to split it, which they did.  That left only my husband and I, who had asked for the bread, without a second (or in some cases, third) piece. 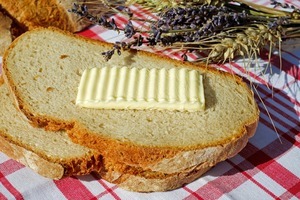 I will admit, it was not my finest hour, and I was furious!  I stopped muttering under my breath and complaining in my husband’s ear about how rude it was for just a few seconds when a glimmer of hope appeared – the gentleman across the table recognized the problem.  He asked us if we’d gotten any bread, and acknowledging that we were the ones who had asked for it, apologized that we didn’t get any.  But he had already finished his latest slice.  Then looking at the woman sitting next to him, whom hadn’t finished hers yet, he along with the rest of us watched as she buttered and ate her bread without a seemingly second thought to those of us who were going without.

Again, I was furious.  It was honestly not the drama I had come to the theatre for, and the situation left my whole evening feeling far less enjoyable all the way to the end of the final act.

But as I thought about the situation more, I realized how common this situation really is.  Not the dinner theatre and bread situation exactly.  But the situation of people around us, sometimes even ourselves, recognizing a need, knowing that not everyone has as much, seeing that there are inequalities and injustices.  But not knowing what to do about it.  Here was a woman who had seen and heard that not everyone at the table had equal bread; yet despite being well aware, she couldn’t quite make the connection that she could do something about it.  She couldn’t quite figure out the next steps of how to help by offering her bread up or splitting it as the other women had, to make things a little better. 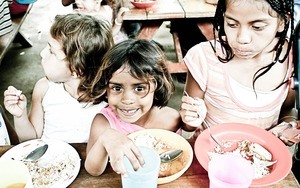 How often do we see this?  Those who hear about racial discrimination, but don’t know how or where to speak up against it.  Those who see homelessness and hunger, but don’t know where and how to make a difference.  Those who see injustice and abuse done to people or the Earth, but aren’t sure what impact they can make.  Those who know there are neighbors near and far who go without their “daily bread,” but aren’t sure how they might share, pass and help everyone at the table have their “bread and butter” needs met.

This is where the Catholic Social Teachings come in.  By following the Catholic Social Teachings, our communities can help not only to see various areas of needs, but also know our call to do something.  These themes are the “bread and butter” of community, the basic needs that our communities require to survive and thrive.  They are the steps that tell us what to do when we recognize needs, how to help when we know there is injustice, what to do when others are missing their daily bread. (Click here to watch a three minute video.)

Our faith calls us not only to gather as community at the Eucharistic Table, but to go forth to broader communities to share the abundance.  Our church calls us to live out our faith within our communities.  And in order to do so, we need these basic, fundamental guidelines – these Catholic Social Teachings – the “Bread and Butter” of being successful communities.

In the sometimes-dramatic scenes of our lives and this world, this is the bread and butter that will make life far more enjoyable for all as we journey together towards the final act!

For more information on the Catholic Social Teachings or how to live them out in your parish communities, contact the Office of Social Concerns at Catholic Charities for the Diocese of St. Cloud at 320-229-6020 or Kateri.Mancini@ccstcloud.org  or visit their website at: www.ccstcloud.org/services/social-concerns 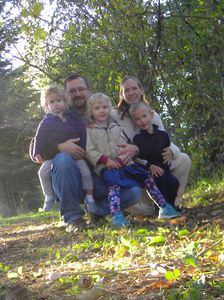 Kateri Mancini is the director of social concerns with Catholic Charities of the Diocese of St. Cloud. This role, along with those of wife, mother and parishioner, has her days filled with the intersections of Church and family, theology and community, justice and daily bread.