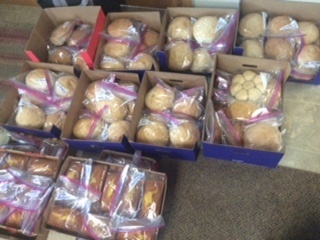 By now you know that I like to bake. Right? You did know that, not? Oh yeah, this is the girl that received an Easy Bake Oven for Christmas when I was probably eight or nine years old and I’ve never looked back since. So, when Sister Teri from St. Scholastica Monastery in Duluth called to ask me if I would bake some bread for their holiday bazaar, I was all over the idea. 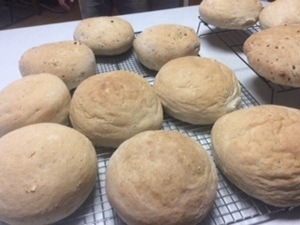 How did Sister Teri know that I baked? It’s a rather long story but, a friend of mine that used to be the Faith Formation Director in Melrose is now the Spirituality Retreat Coordinator for St. Scholastica. On one of my trips north this fall, I took her a couple of loaves of my bread, specifically Onion Dill and Craisin Orange, because that’s what I do. I look for reasons to bake and then I gift it to others (because my family no longer appreciates my stuff and that’s ok; I get it; it’s not special or unique any more to them….it’s the same old-same old. But, I need my “baking fix” so I look for ways to do my thing and bless others with the results.) 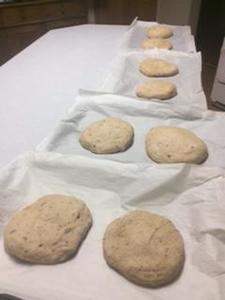 “No one else that we know bakes bread like you do. Would you be interested? We’ll pay you for your ingredients and the gas it takes to get the bread up here. And, you and your husband can stay in one of the guest rooms complimentary,” Sister Teri said.

“About how many loaves are you thinking?” I asked.

“Well, you do what you can but I guarantee they’ll all sell.”

The challenge was on. My personal goal was 100 loaves of bread. I knew that would be a stretch based on my schedule (the kids had their Christmas concert the first night of production so that cut out a good four hours), the fact that I wanted the bread to be as fresh as possible (freezing the bread does work but you lose quality) and I was making this stuff in my home versus a commercial kitchen. 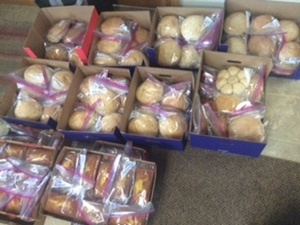 Round one was at 4 a.m. on Monday morning and by 11 a.m. Wednesday morning Marv loaded the last box into the van and we were off. All 120 loaves.

Was I tired? Yes. Was I tired of baking bread? Yes. Did I feel good about it though? Most definitely yes! Actually, it’s been one of the highlights of my Advent thus far. It gave my first week of December purpose and meaning. I felt good about what I had accomplished. And, I always feel blessed to be in the presence of the sisters of St. Scholastica. They radiate their Benedictine values, especially peace and hospitality, to a degree that makes me feel like I’m swimming in love and walking a little closer with Jesus.

Emmanuel, you all.  God is with us. 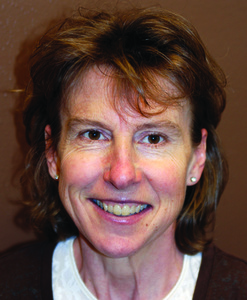