Surrender and the suffering we keep hidden 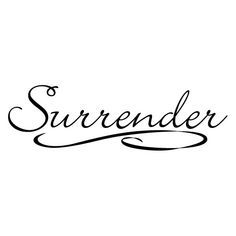 Surrender (v.)- to give oneself up into the power of another; yield.

I have been reflecting on this word a ton since feeling God’s nudge to adopt it as my “word of the year” for 2019 during my silent retreat at Pacem in Terris this past weekend. I never would have imagined how much my life would change in this past year, but since my word of the year for 2018 was “trust” I should have expected that God had a wild ride in store!

When I did my very first hermitage retreat last year around this time at Pacem, I was single and facing a lot of hard questions for God after a difficult break-up. When I left the hermitage that weekend, I had a picture in my mind of myself back in that same little hermitage, curled up with a blanket and cup of tea with a ring on my finger. Little did I know that it would be a reality just one year later!

After meeting my incredible fiancé this past year and getting engaged just three months after we starting dating, with an insane amount of peace that this was what God was calling us to do and that this was His perfect timing, I experienced one of the most surprising and difficult trials I’ve ever faced. I suddenly felt wildly anxious all of the time, sad, lonely, even angry, and then absolutely numb. I couldn’t feel any emotions at all, especially happiness, and that was the worst kind of pain. I rationalized it at first as due to the natural hormonal therapy I was undertaking, but as it continued full-force, I became painfully confused about why I was feeling that way. I was terrified of the strength of the emotions I was feeling, and even more afraid that it meant I was making a mistake.

Finally, after a solid month of this mostly-hidden pain, out of sheer desperation, I googled late one night “anxiety during engagement.” I was afraid to hit enter, because I was terrified it would tell me to end my engagement, even though there was no reason at all for me to be feeling that way while engaged to such a holy and genuine man. To my absolute surprise (and relief!), I came across countless articles describing exactly what I was experiencing. I also found the work of Sheryl Paul, a psychologist who has dedicated her life to researching and counseling people who encounter what she calls “engagement anxiety” or “transition anxiety.” She talks about the normal grief and anxiety that accompany the transition of engagement and marriage, and as I read article after article and endless comments from women experiencing the same exact thing but who had hidden it out of fear that no one would understand, I found myself wanting to yell, “Why have I never heard this before?? Why is no one talking about this?! Why is the Church not talking about this?!” 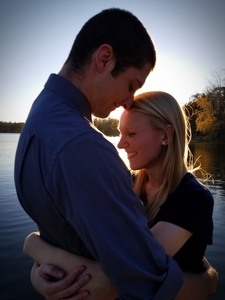 Sheryl makes the point that with every transition in our lives—whether that’s moving, taking a new job, having a baby, etc.—it’s expected that we feel a variety of emotions: joy and excitement, of course, but also loss, confusion, anxiety, numbness, or even a sense of grief. But when it comes to the transition of engagement and marriage — especially in our Western culture—we’re bombarded with the commercialized, photo-shopped bridal industry telling us that this is the “happiest time of our lives” and we should be “on cloud nine.” While it’s certainly true that it’s an incredibly joyful and exciting time, I’ve slowly come to realize that it’s also a season of so much more, and that even while thanking God for the incredible gift of being engaged, it’s okay to grieve. Especially those with the melancholic temperament like myself who have trouble with big changes and transitions, it’s important to remember that there are a lot of changes to be faced and it’s okay to be a little freaked out in the face of all of those! I’m entering into a new Vocation, and I need to use this time to let go of what I’ve known and who I’ve been, dying to myself so that God can mold me into the wife and mother I’m called to be. And that realization has been incredibly freeing! 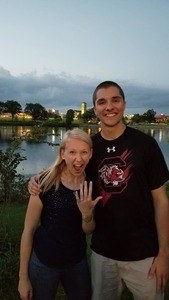 I was hesitant to share this with anyone, because I didn’t want anyone to think I was having second thoughts or didn’t want to marry my wonderful fiancé. But I wish someone would have shared their experience with me so that I would have been ready for that trial when it came. I’ve learned so much through all of this about the power of vulnerability, letting my fiancé and others see the messy and imperfect and hurting parts of my heart while I slowly let go of my fears and let grace take over. Vulnerability has never been easy for me, but God’s been showing me time and time again that while it might not be easy, it is incredibly beautiful. I’ve also learned that vulnerability breeds vulnerability; the more we are willing to be vulnerable, the more those around us feel free to be vulnerable as well. One of the most beautiful feelings is when someone describes what you’re going through perfectly and all you can say is, “You too?! I thought I was the only one!”

So, my friends, what do you need to surrender to God in 2019? How is He calling you to be vulnerable with Him and with others in your life, rather than putting on a ‘social media face’ or hiding what’s really on your heart, pretending that everything is perfect? I’m praying for each of you as we continue to walk this beautiful and messy journey toward our eternal home together! 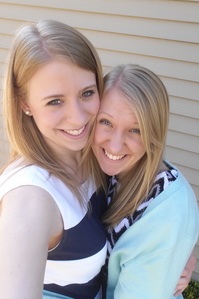 Tricia and Nikki Walz are proud Minnesotans who were born and raised in the heart of St. Cloud with their younger sister Briana. Read more about them on our Perpetual Posters page.

Congratulations! Thank you for sharing great insight and emotions of a life changing event. Positive and negative life events can bring emotions turmoil and you describe it so well. Have you been to Sacred Heat Church in Sauk Rapids? The crucifix depicts Jesus asa Surrendering Jesus. They gave an explanation at the dedication and I found great support in that symbolic depiction to help me in my life changes, ups and downs a role model and reminder for me. All of us can be affected dramatically by life change and can find comfort in acknowledging and seeking guidance and support during those times.

Nikki,
What a beautiful story of truth and honesty! thank you so much for sharing your suffering. I have areas of my life where I share my suffering so easily, but still others where I keep them hidden, especially when it comes to the suffering of my child’s anxiety and depression, which is one area where I should not keep it hidden to help bring awareness to mental health and how real and important it is to understand it. You give me courage to share our story. Thank you much, your story has truly touched my heart!