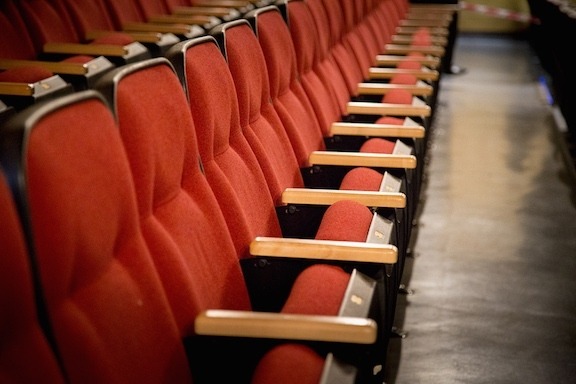 The world premiere of John Woehrle’s new play, “Trust,” will open at The Black Box Theater in St. Cloud on Aug. 4 and run through Aug. 7. Performances will continue at the Lab Theater (the former Guthrie Lab) in Minneapolis through Aug. 28.

In keeping with its commitment to sponsoring and fostering the development of original plays by Minnesota playwrights and composers, The Black Box is honored that Woehrle will open his new play at the theater.

“Trust” follows the trauma of a college student, who in his final semester, is forced to confront clergy abuse that occurred years earlier.

The play focuses on a few pivotal days in the life of Michael Connor in keeping with serious dramatic form. It is tightly written and compact in structure. The characters are few for ease in dramatization and yet complete to convey the trauma and pathos associated with confronting the life-changing abuse. Survival and accountability are at the heart of “Trust.”

The playwright’s dialogue is authentic and succinct which I believe will capture and hold the attention of the audience. Narration of events is unnecessary as prior events are disclosed in conversation between the characters. This technique brings the audience right into the story, making them witnesses to the events that unfold in front of them on stage. The playwright conveys a “freshness” with this writing style that creates the impression that the events are simultaneously unfolding in their presence. Although not audience interactive by producing the work in true black box form (both The Black Box in St. Cloud and The Lab in Minneapolis are real black boxes) the playwright establishes a rapport and intimacy with his audience. That intimacy gives the play its tremendous pathos and intensifies one’s identification with Michael’s internal conflict.

The characters Woehrle uses to convey his message are carefully crafted from today’s catholic academic world. Bright and courageous, they encircle Michael to protect him from the initial disbelief that awareness of clergy abuse often engenders. The contemporary setting and quality of the work not only invites the viewer into the world of disbelief that events like this happen but also creates hope that Michael can overcome the potentially devastating impact of acknowledging, admitting and confronting the reality that, yes, this really did happen. Depression and denial leading to isolation have been the world of this young man as he matured. Woehrle introduces hope and the possibility of recovery through the assistance of dedicated religious and clergy.

The entire work is highly respectful of the characters and the church. It does not descend into denigrating the larger community that is the Catholic Church as is often the case when clergy abuse is discussed and examined. It is an honest portrayal of events without rendering judgment. It is surprising that Woehrle was able to write about this topic and remain true to a portrait of the facts without condemning the institution or the organization. I think in part this occurs because those who come to the aid of Michael Connor are likewise members of the Catholic clergy and religious.

This production to our contemporary society is not unlike “Mass Appeal” was to the ’80s. Dealing with sensitive and controversial topics “Mass Appeal” remained respectful. “Trust” is honest through the playwright’s objectivity in presenting the story. If anyone is to judge, it will be the audience.

Peter Donohue, a lifelong member of Holy Angels and St. Mary’s Cathedral parishes in St. Cloud, has been involved in theater and the arts for more than 50 years. Read more about him on the “Meet Our Bloggers” page.