Prayer, Inspiration and Works (of Art) 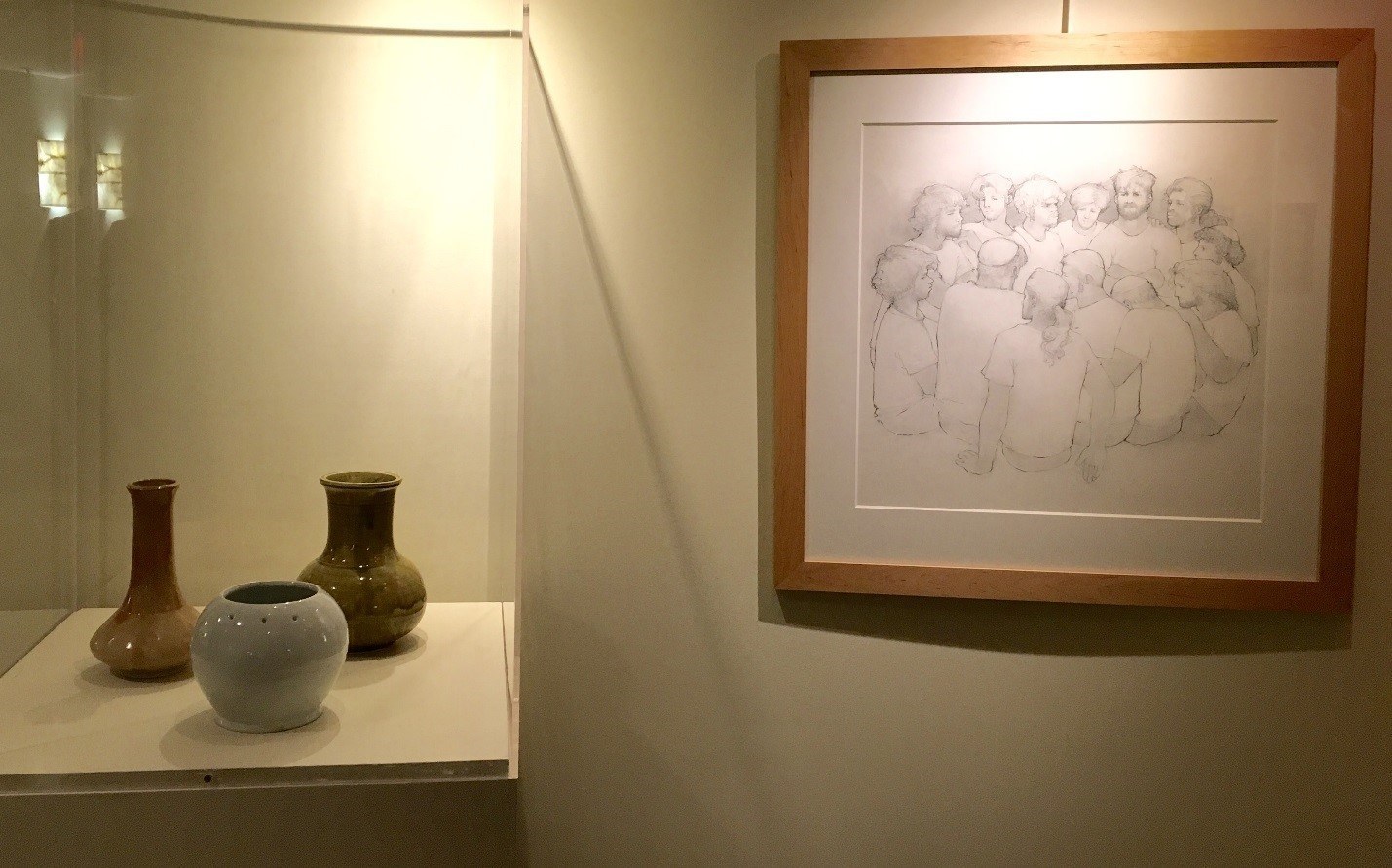 Among the oldest instructions for living a meaningful Christian life, is the rule from the book of James: faith without works, is dead. (James 2:17) Simple and straight forward, Christ taught his disciples to pray, and with that, He presented them with His mission to build and serve the Kingdom of God on Earth. (Consider the Lord’s Prayer in this light.) In faith, we come to know God the Father, Son, and Spirit, but in our works, God comes to know us. (Matt 7:21-23)

Among the oldest religious orders in the Christian Tradition is the Order of Saint Benedict, whose 1,500-year-old spiritual tradition is summed by the simple motto: worship and work. The Rule of Saint Benedict, under which every Benedictine lives, and from which our motto arises, is an ancient and continuing effort to live the Gospel, and in many ways articulates the rule, “faith without good works, is dead.” The faith of the community expresses itself in our daily work: our labor, teaching, writing, ministry, art, and much more, which then informs our prayer and worship, faithfully returning to God with interest what He has given. (Matt 25:14-30)

This spiritual dynamic and rhythm of worship and work, foundational to the Christian community, invites and inspires as it builds the Kingdom of God, even if only beginning in subtle, humble ways: unsteady pencil lines on notebook paper capturing Lake Sagatagan, ink doodles of faces and shapes hinting at nascent passion and forthcoming inspiration. With persistence, support, and community, even the smallest initial efforts may bloom into inspired works of art, revealing faith, and moving outward to build and communicate the Kingdom of God.

The wonderful relationship between the Basilica of Saint Mary and Saint John’s Abbey has created and opportunity to display the faithful relationship between work and prayer as made present in the artwork of sixteen monks of Saint John’s Abbey. Displayed in the John XXIII Gallery & Teresa of Calcutta Hall of Saint Mary’s Basilica, a wide variety of artistic expressions of the monastic spirituality will be open to public viewing from July 16 – September 5.

Most every artist, given the talent of public speaking, may tell of the inspiration and intent behind and within their artistic accomplishment, and our Benedictine brothers are no different. The August 4th artist reception gave opportunity to these men to express the wide variety of motivations underlying their work, and to humbly point to the inspiration and hope their works reveal. In short 5 minute presentations, and an evening of socializing with the attendants of the reception, strangers, friends, and even brothers of many years, came to know these artists in a new way, and see more fully how their works reveal and bring to life, faith.

While celebration of artistic achievement brought together a wide array of people from a variety of local communities, interests, and parishes, it has become clear that with community support and coming to know the artists more fully through their art ­­­­–their expression and work of faith– many works seemingly unrelated to the Christian faith, may be an outlet, expression, and work of faith when inspired through prayer. We can support one another in prayer and community, and see the Kingdom of God grow around us in the countless variety of works of a faithful people.

Benedictine Creativity Inspired by the Spirit – Works by monks of Saint John’s Abbey runs through the 5th of September, 2016.