Do pretzels have anything to do with Lent? 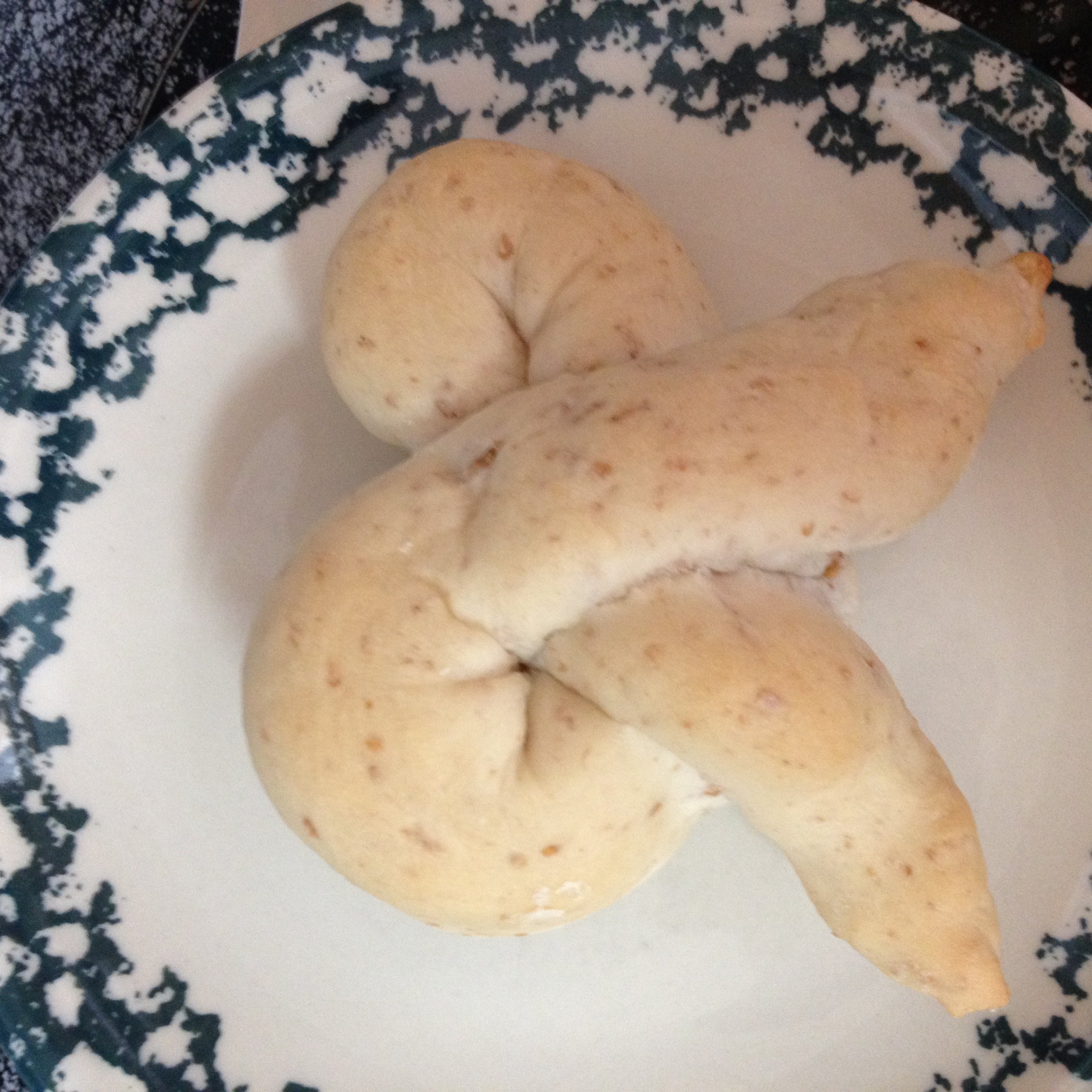 The pretzel indeed has its origins as an official food of Lent. In the early Church, the Lenten abstinence and fasting laws were stricter than what the faithful practice today. Many areas of the Church abstained from all forms of meat and animal products. The general rule was for a person to have one meal a day, in the evening or at three o’clock in the afternoon, and smaller snacks to maintain strength. So a need arose for a very simple food, which would fulfill both the abstinence and fasting laws.

According to pretzel maker Snyders of Hanover, a young monk in the early 600’s in Italy was preparing a special Lenten bread of water, flour and salt. To remind his brother monks that lent was a time of prayer, he rolled the bread dough in strips and then shaped each strip in the form of crossed arms, mimicking the then popular prayer position of folding one’s arms over each other on the chest. The bread was then baked as a soft bread.

Because these breads were shaped into the form of crossed arms, they were called “bracellae,” the Latin word for “little arms.” From this word, the Germans derived the word “bretzel” which has since mutated to the familiar word “pretzel.”

If you would like to make soft pretzels with your children as a “teachable moment” before Lent is over, this recipe will work (as would thawed frozen bread dough from the grocery store).

Soft Pretzel Recipe
(I actually mixed the dough using my bread machine but if you don’t have one, this isn’t hard either.)

In a large bowl, combine yeast, water, sugar and salt. Let stand until creamy, about 10 minutes. Stir in the flour until a stiff dough is formed.

Place dough in a lightly oiled bowl, cover and let rise until doubled in volume.

Turn dough out onto a lightly floured surface and divide into 18 pieces. Roll pieces out into long strips and shape into the form of arms crossed in prayer.

Place on parchment-lined (or sprayed) baking sheets. Brush with a beaten egg to give a shiny finish (I skipped the egg on ours). Sprinkle the tops with kosher salt if desired.

Bake in preheated 375-degree oven for 12-15 minutes or until golden brown.