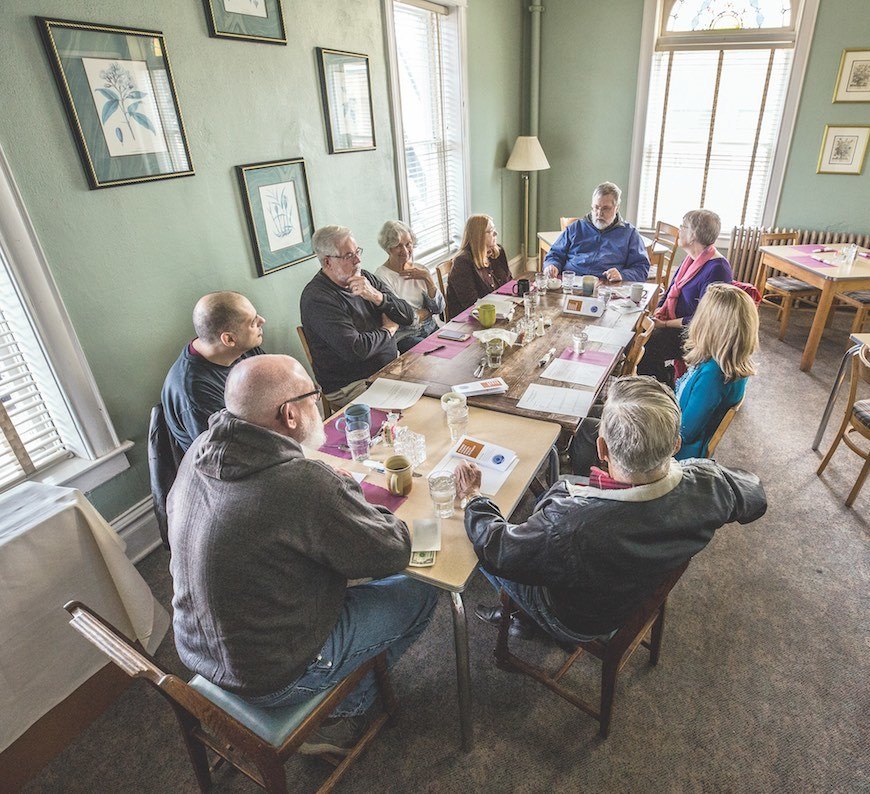 While I was studying at St. John’s School of Theology and Seminary, I often attended prayer with the monks. On several occasions, I attended Mass and other celebrations at the Abbey Church.

I was always intrigued by how they walk in statio, two by two, bowing first to the altar, then to each other. After seeing this, I asked a classmate why they do that. He told me that they first acknowledge Christ’s presence at the table and then they turn toward each other and recognize Christ within.

That image has stuck with me. Though I don’t go around bowing to every person I meet, one thing I’ve been trying to do is to look people in the eyes when I meet them, even if it’s a brief encounter.

I once watched a television show where they videotaped customers visiting a convenience store. When the customer went outside the store, a camera person recorded their reaction as a reporter asked them to describe the clerk who they just encountered literally seconds ago. Most couldn’t do it. Some could recall the color of a shirt or hair color. Some couldn’t remember if the person had glasses or facial hair. Some couldn’t even recall if the person was male or female. Another image etched in my memory.

How often do we really “see” the people around us? Who are we not seeing?

The informal atmosphere of the Palmer House in Sauk Centre creates a relaxed environment for a mental health support group meeting.
Photo by Paul Middlestaedt

I’ve been working on a series of articles on mental health. I was blessed to be invited to sit in on one of the meetings of a local mental health support group. I admit that on the way there, I was thinking about how comfortable or uncomfortable the members might be to have me, a stranger and a reporter, there listening to their very personal stories. I admit that I was worried how comfortable or uncomfortable I might be spending time there, too. Would I say the wrong thing? Would I ask the wrong question? Would I offend anyone just by my presence?

Silly me. The group was a truly welcoming, loving group of people. They made me feel like an honored guest rather than a nosy reporter. There was no “get to know you” waiting period; they willingly opened their hearts to me. They looked into my eyes and I looked into theirs. I like to think we recognized Christ at the table and Christ within.