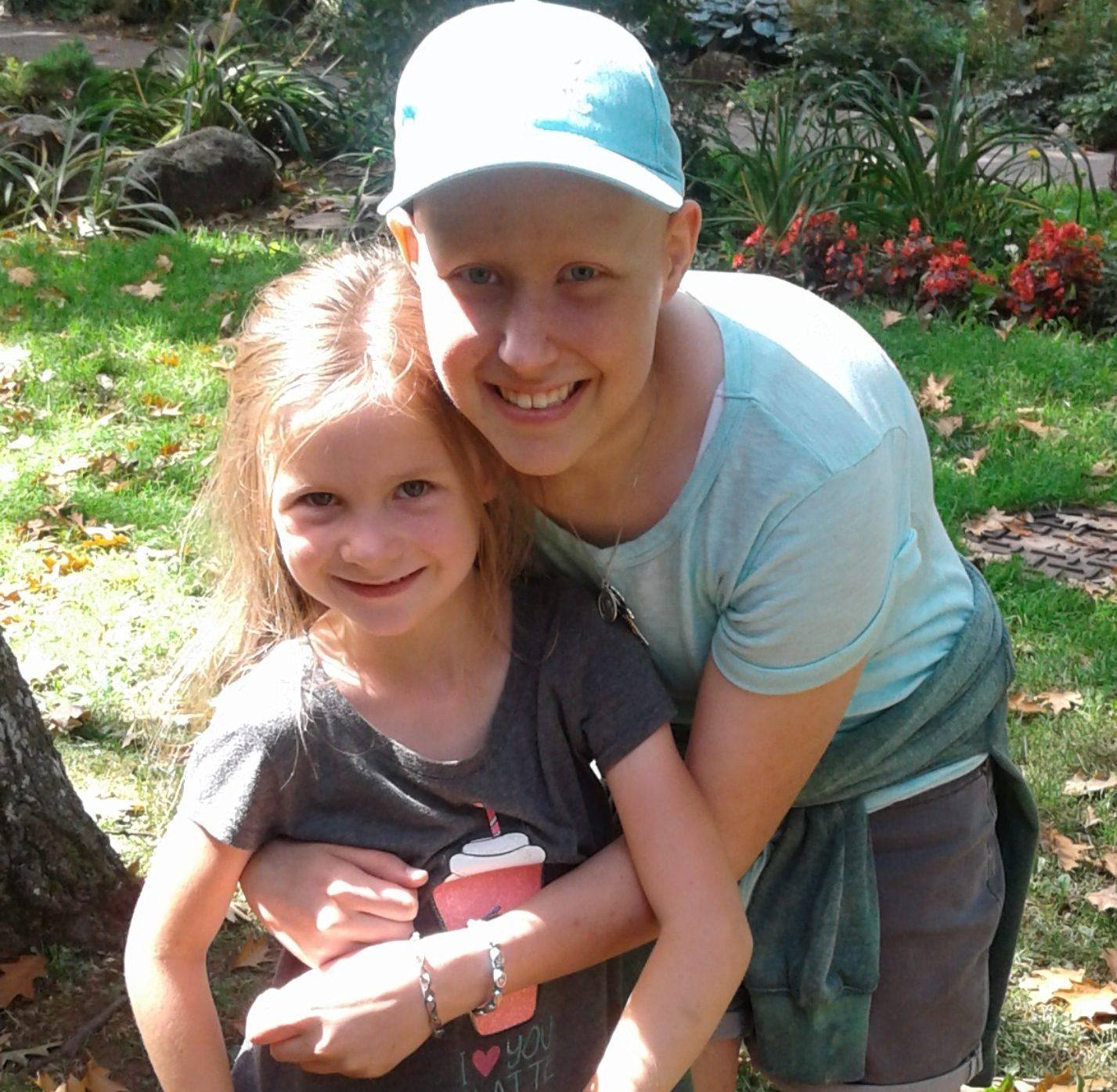 Right around the same time that baby Joy entered my world via a computer screen, another face also joined hers. This one was slightly familiar, but only by name and photo. Her name was Mallory. Another Facebook post from a friend led to Mallory’s Caring Bridge site and her story which was just unfolding. I had connected with Mallory’s mom several years prior when both of us were just blogging moms whose paths happened to cross. I met Lori twice in recent years and found her to be a faith filled woman whose smile and kind heart left an imprint. Now her family needed prayers as Mal was diagnosed at Christmas time (2016) with rhabdomyosarcoma, a fairly rare malignant pediatric cancer. After a few initial procedures, an MRI and then a CT scan were ordered, and it was confirmed that a cancerous mass was in Mal’s left nasal cavity.

Feeling inadequate, being limited by miles and connection with the family, our family started to pray. It was all that we knew to do in order to help in some way, just as we were praying for baby Joy at that same time as well. With each Caring Bridge update and photo posted, even from across a screen something still came through in great prominence. Mal’s family motto during her hospitalizations and treatments followed a theme, that of St. Padre Pio: “Pray. Hope. And don’t worry.” Their own persistence in prayer and faith began to lead and deepen my own. While I’d always been prayerful, it became evident early on in our following Mal’s journey that God had more in store. Our family became constant prayer warriors for Mal, along with sending words of encouragement and love as often as we could during the months that followed. We connected deeply with this family whom we barely knew, celebrating the triumphs of cancer treatment and hopeful prognoses, along with the heartbreak of new challenges Mal faced.

Through it all, Mallory’s faith never faltered, she never saddened or lost hope in God. And one day as I stared at the screen captivated by the face I saw there, I realized what it was that I was seeing. JOY. As if for the first time, I recognized it. My word for the year wasn’t for my own happiness in what life was going to bring me in 2017. Joy was something I was going to learn. It was being shown and taught to me by following the example of a simple teen whose focus was on Christ while she traveled down an unexpected path. Throughout her suffering, she still shared joy and a smile. She was showing people like me how beautiful life in Christ really is and accepting that He would use her as an instrument for others. From what I’d read over all those months in comments and journal entries, it sounded like young and old alike found joy through Mal’s life and the faith she lived out daily, even before a cancer diagnosis.

In September, our family met up with Mal’s family in Duluth while we were in town for a few days. It was a surreal encounter for all of my family and being able to touch the person and spend time with the family for whom we’d been praying for months. I think I still feel her embrace and playback her gentle smile. While that was both the first and the last time I’d touch her physical body, it will not soon be forgotten. Not two months later, on November 7, Mallory’s earthly fight was over and her eternal life began.

At Mass on the Sunday after Mal passed away, I remembered how much Mal loved Jesus in the Blessed Sacrament. After communion I had this overwhelming sense of the joy that Mal was feeling as she beheld the throne of God and the unexplainable magnitude of heaven. It was the first time in days that I caught a glimpse of some meaning behind Mallory’s passing. Her place in heaven was prepared, she was ready and she no longer needed to go through the earthly pain.

Sometimes with joy also comes sorrow. Had I known when JOY was placed on my heart what it truly would mean, I wouldn’t have imagined it quite the way that it ended up. God’s intricate weaving is like that sometimes, creating beauty within a tapestry of sadness that our human minds cannot grasp.

You can read Mallory’s Caring Bridge journal and share in her story at her site by clicking here.