Talking Faith and Francis in Rome 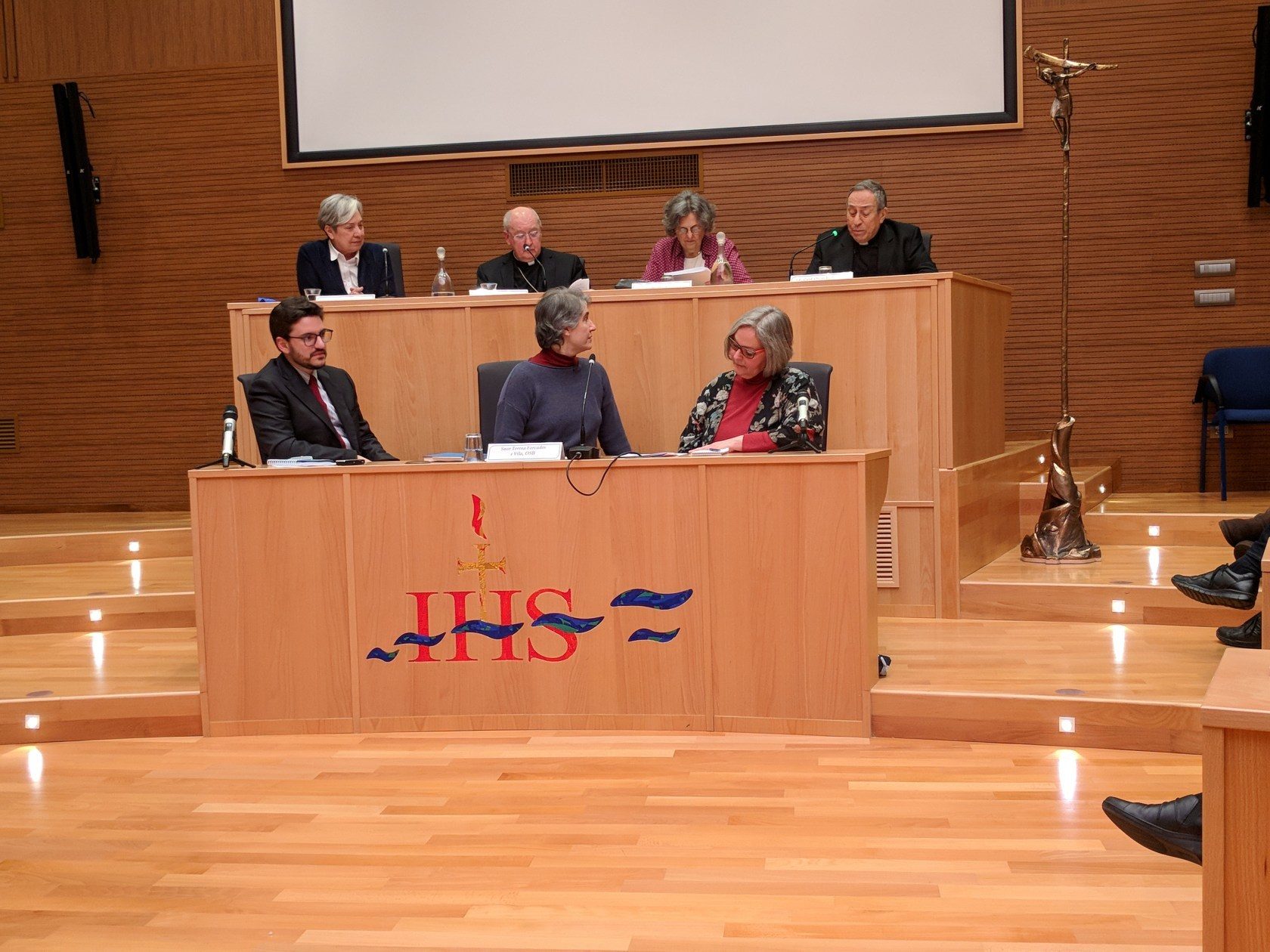 The following is a guest blog post by Barry Hudock. Barry works as publisher for parish resources at Liturgical Press. He lives in Albany with his family.

My job at Liturgical Press typically has me sitting at my desk on the campus of Saint John’s Abbey and University in Collegeville, toiling away with colleagues or tapping away email conversations with authors about various book projects we’re working on. Rarely does it get as exciting as it did earlier this month, when I found myself in a conference room a stone’s throw from the Vatican with some of the most fascinating voices in the church today.

Liturgical Press has just published a new book called A Pope Francis Lexicon. It’s a collection of essays contributed by a remarkable set of 54 authors. Each author chose a single word that has been important in the teaching and ministry of Pope Francis, and wrote about what the Holy Father’s use of the word says about him and about what it means to be a Catholic today. For example, Cardinal Donald Wuerl wrote about Baptism, Sr. Simone Campbell wrote about Justice, Fr. James Martin took Discernment, and Carolyn Woo had Periphery. The result is an inspiring and fascinating set of reflections. (An edition in French is already available and an Italian edition will be published soon by the Vatican’s own publishing house!)

On March 1, Liturgical Press sponsored an event in Rome to mark the publication of the book. It was held in a conference room at the Jesuit Curia building, the world headquarters of the Jesuit order. The evening featured five incredible panelists:

It also included the book’s two editors (the people who did all the work getting the chapters together), Joshua McElwee, the Vatican correspondent for the National Catholic Reporter, and Cindy Wooden, Rome bureau chief for Catholic News Service.

Our event was attended by about 175 people, including over two dozen journalists (Rome correspondents for media like CNN, ABC News, NPR, Fox News, and EWTN), several bishops (besides those on the panel), and even a few ambassadors to the Holy See from several nations. All in all, it was sort of dizzying to take in!

As each panelist took his or her turn speaking, we received a steady stream of insightful comments about Pope Francis and what he is up to in leading the Church. Sr. Forcades focused her comments on Pope Francis’s teaching on legalism, saying, “The legalistic mentality perceives grace as a threat. Grace subverts any system that tries to objectify the human experience.”

Phyllis Zagano had some beautiful things to say about the Pope’s understanding of service. Cardinal Maradiaga explained how and why the Pope is trying to reform the Roman Curia. And it was not all cheerleading; some difficult questions were raised too. In the end, though, maybe what was most exciting was to hear Cardinal Farrell comment emphatically on the Lexicon, “Anyone who wishes to understand Pope Francis must read this book.”

My experience in Rome this month was more than an exciting professional experience. It helped me understand and love my Catholic faith and our extraordinary Pope much better than I had before.

It was very inspiring to see The Visitor to produce its own version of the Pope Francis Lexicon with contributions from people from around our diocese. It demonstrates that you don’t have to be a global church leader or brilliant scholar to have some pretty profound insights about the Pope and the Church.

Barry Hudock works as publisher for parish resources at Liturgical Press. He lives in Albany with his family.