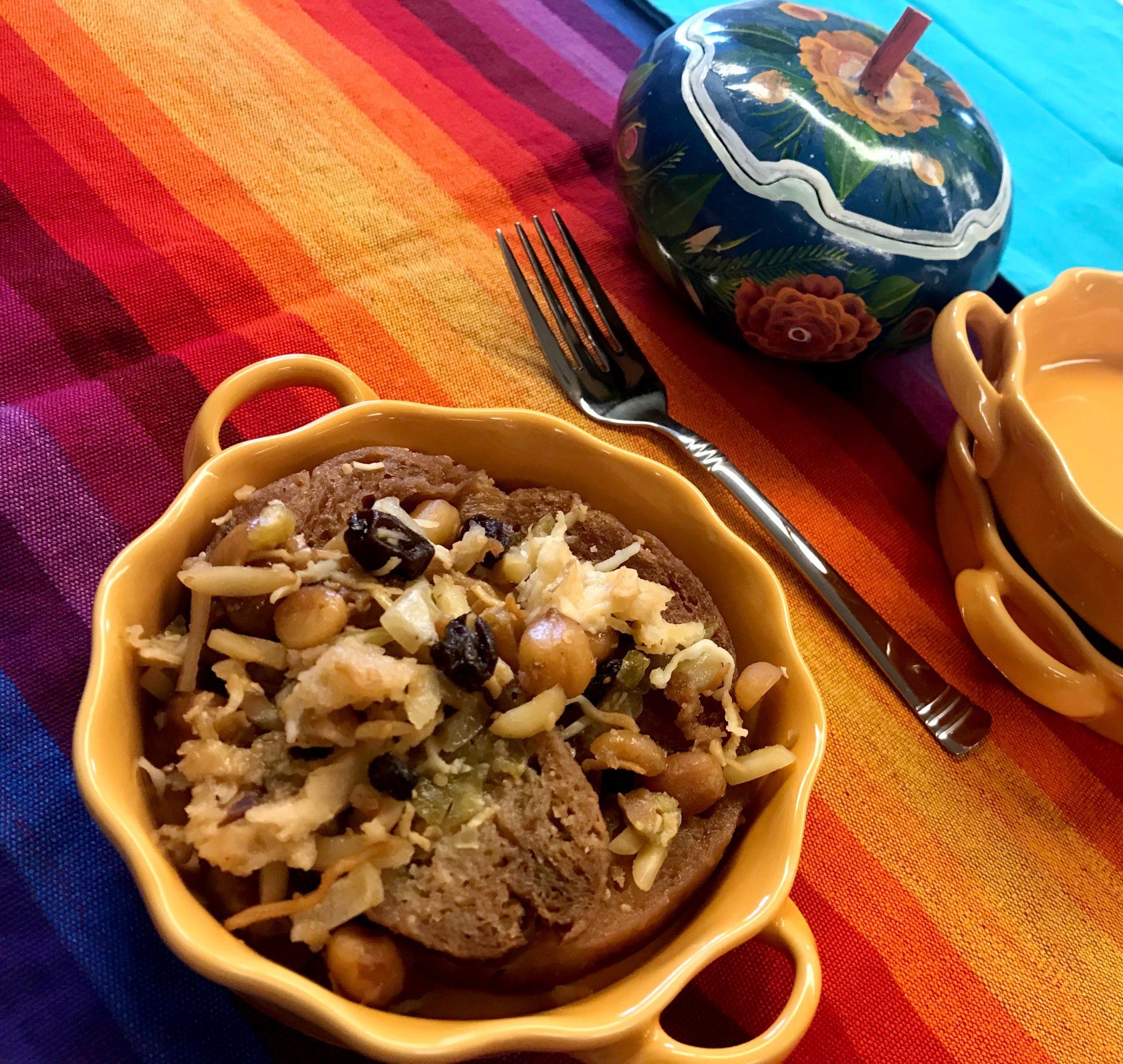 “The smell of capirotada bubbling in the oven was the smell of home,” Mayuli Bales, diocesan director of multicultural ministries, fondly reminisced about the traditional Mexican bread pudding served during Lent. “My grandmother used to make it for the Lenten period and served it on Good Friday. My mother would bake it ahead of time and it was our family custom to eat it on Fridays before Holy Week.”

There are thousands of variations for capirotada, which begins with toasted bread, soaked in a warm, mulled syrup, then layered with fruits and nuts and finally topped with cheese. Some recipes include a layer of meat and others are made with milk. Cuisines differ between the northern and southern regions of Mexico.

The ingredients in this dish symbolize elements during the Passion of Christ: the bread as the Body of Christ, syrup as Christ’s blood, cloves are the nails and cinnamon sticks are the wood of the cross. The melted cheese stands for the Holy Shroud.

Mayuli grew up in Oaxaca, Mexico, which is close to 300 miles southwest of Mexico City. Her family’s recipe for capirotada has been handed down only through oral tradition but she has recorded now it for her children and future generations.

Slice the bread and fry it in oil or broil it — turning as needed, until nicely brown and crisp. Remove from frying pan or broiler and set aside.

Prepare the syrup in a medium saucepan by boiling the water and adding the piloncillo, raisins, cinnamon, nutmeg, anise stars, cloves, tomatillos and onions. Simmer mixture for 5 to 10 minutes until it is slightly thickened and becomes syrup. Pour the mixture through a strainer and discard the solids except raisins. Keep the syrup warm.

Grease a 9 x 13-inch baking dish or a large casserole dish. Place one third of the bread pieces in the bottom of the pan. Sprinkle it with some of the cooked raisins, peanuts, almonds and cheese. Drizzle some of the syrup over this layer, letting it soak into the bread. Continue layering bread, raisins, peanuts, almonds, cheese and a little syrup and finish with a layer of cheese. Pour the rest of the syrup over the whole dish. Bake 30 minutes at 350°F.

Mayuli’s maternal grandmother was Guadalupe Ruiz. She was from Oaxaca, Mexico. Her mother, who lives in Mexico, is Esther Infante.