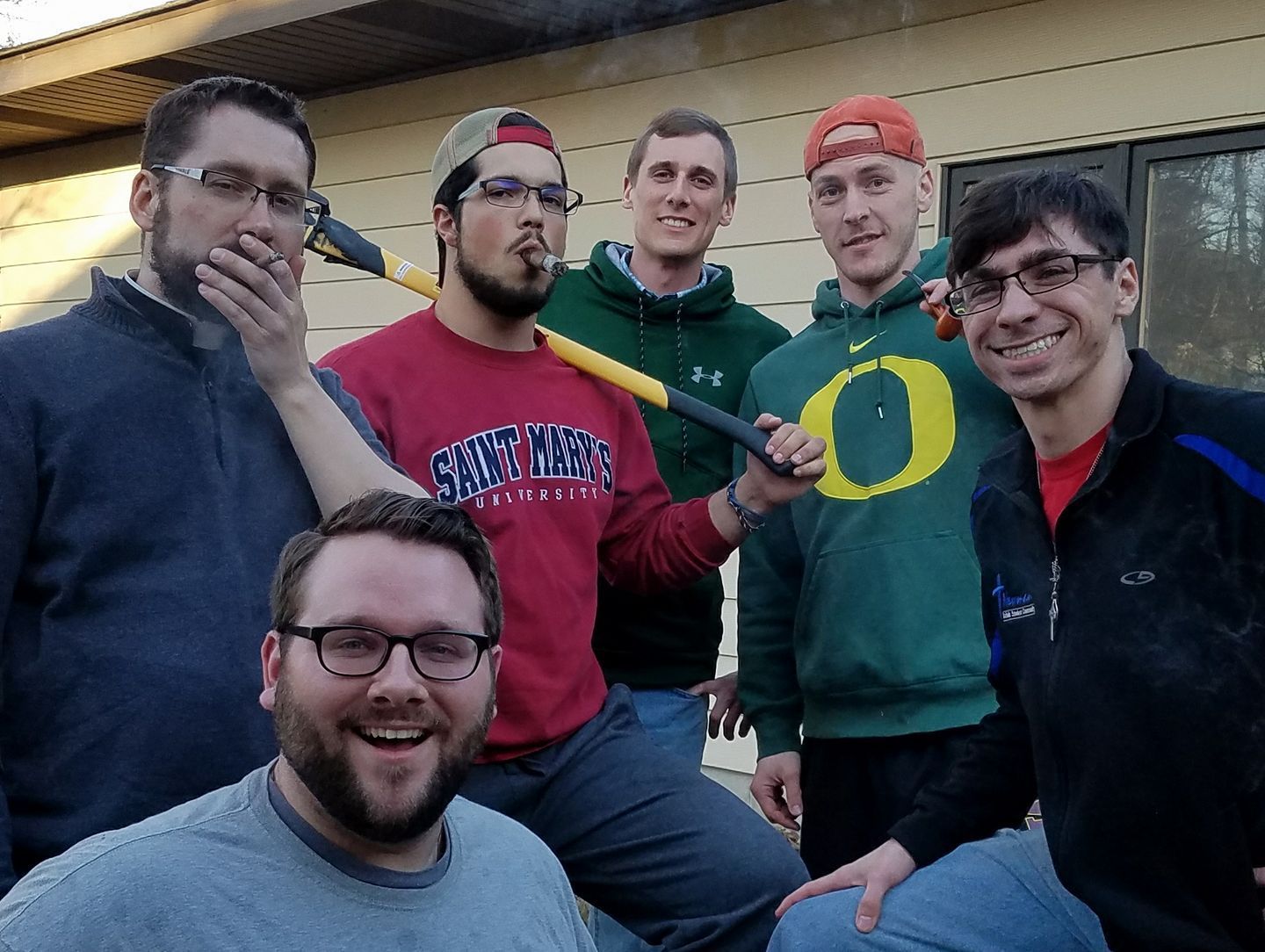 Introducing our newest blogger, Lucas Gerads, a student at St. Cloud State University. Read more about Lucas on the Meet Our Bloggers page.

As the end of the academic year winds down, I was invited and found time to reflect on the past school year and see where the Lord had really blessed me and guided me. Every time I’m asked that question on the spot with no time to pray, reflect and think about an answer, I usually get flustered and a little panicked. This time was different. I found myself answering almost immediately by saying, “The community I’ve been led to.”

Having been a student at Saint Mary’s University in Winona for two years, I built a strong community there, and toward the end of my second year, I found out I was not able to continue my education there for financial reasons. Coming home from Saint Mary’s University was a really hard transition for a couple of reasons, but the most prominent was the disconnection with a community. I still had my friends down in Winona and we talked but the face-to-face personal interactions were absent. Trying to grow deeper in my faith without that face-to-face community was hard and I was struggling.

Around Thanksgiving, I had the opportunity to sit down and catch up with Father Scott Pogatchnik, the diocesan vocations director, and we got to talking about my transition and how I was resettling in. I expressed my struggles and he invited me to attend a Marmion House event to watch a football game. The Marmion House is a place where men in college have the opportunity to live in communion with one another and grow in their faith. A couple of days after Father Scott and I had talked, Father Ben Kociemba, who runs the Marmion House, had texted me inviting me over to events, and before I knew it, I was talking about moving in. I moved in on the 8th on January and I was a little concerned. I had only met some of the house members three times and now was living with them?!? It was crazy how quickly everything went through.

A photo of the chapel inside Marmion House.

As crazy as it all was, it has truly been one of the largest blessing of the past year. Since moving in, I’ve grown to know each of the guy in personal ways and we as a community have grown close to each other and Christ. Being able to live in the same house as the Blessed Sacrament allows us to grow our relations together rooted in Christ through prayer. I’ve always been a firm believer in the saying, “Iron is sharpened by iron; one person sharpens another,” (Proverbs 27:17) and that is exactly what has been happening. We check in with one another. Make sure each of us is staying faithful to the sacraments and prayer, and ultimately Christ. I think the pinnacle of this whole thought came through the other night when Father Ben celebrated Mass for 13 young men as a kickstarter for finals week. After Mass, we had time for some fellowship, and I could feel the presence of Christ amongst us.

The men of Marmion House at a recent gathering.

At the end of the day, a personal relationship with Christ is the greatest relationship a person could have, but Christ recognized the great need humanity has for community and relationships with one another. Even His apostles needed to be sent out in groups of two, (Mark 6:7) and so I encourage you to thank God for the communities you are part of that leads you to Christ. Pray for deeper relations with them and Christ, and for those who may not have such communities.

Lucas Gerads is a student at St. Cloud State University, currently living in Marmion House, an intentional community of men in St. Cloud. Read more about Lucas on the Meet Our Bloggers page.