A DAY IN THE LIFE: Seminarian Rick Aubol 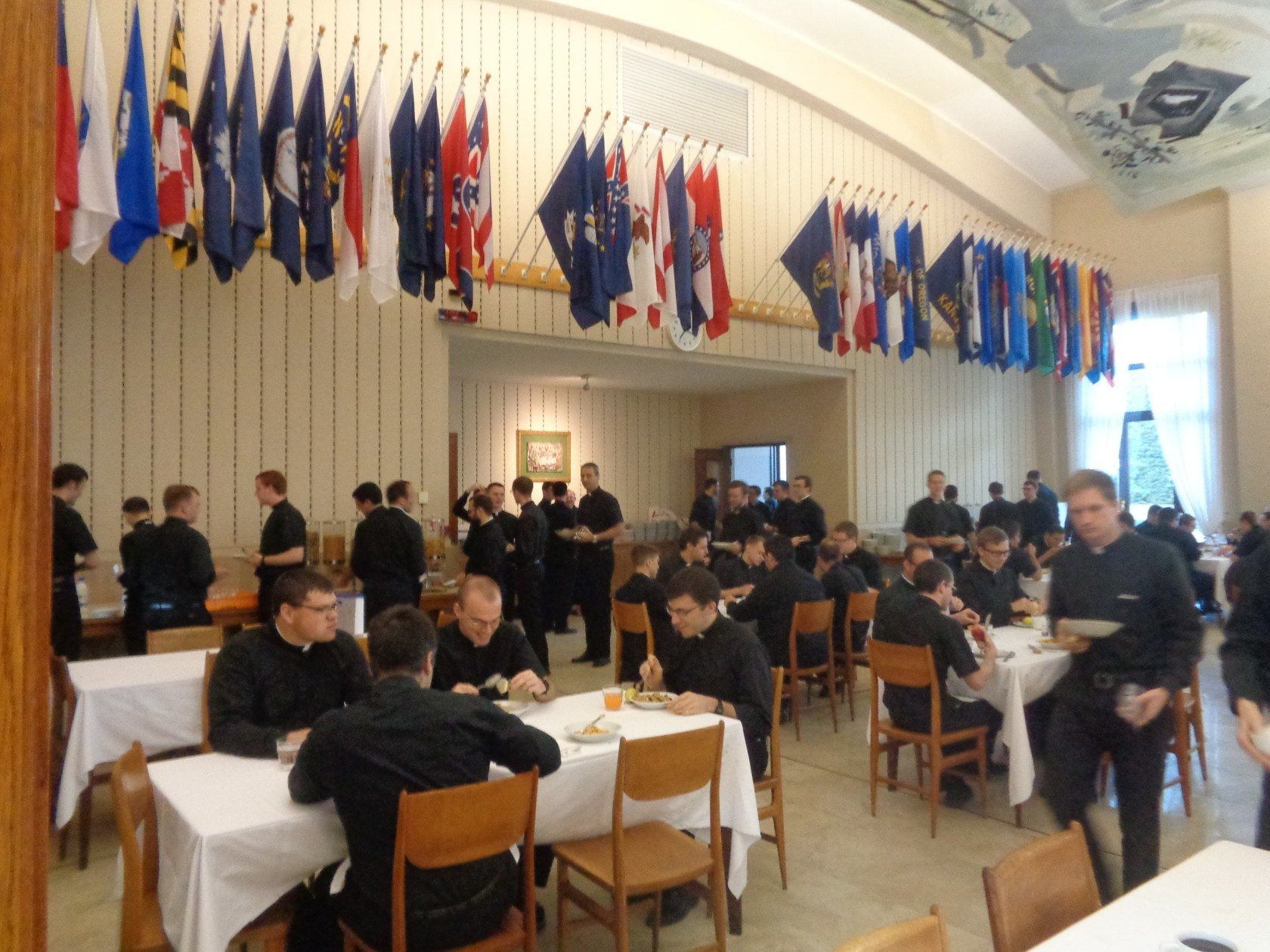 Introducing a new monthly series called, “A Day in the Life.” This section will feature a day in the life of Catholic folks from around the diocese. This is the first in the series and features seminarian Rick Aubol, who is studying for the priesthood at the Pontifical North American College in Rome. He is scheduled to be ordained as a transitional deacon on June 16 at 10:30 a.m. at St. Mary’s Cathedral in St. Cloud.

This is my first view early in the morning. We wake up very early to pray morning prayer and Mass so we have time for breakfast and walking to class.

Next is of us walking into the chapel for prayer as said above.

On the walk to class. This is the market in il Campo de Fiori. Here they sell all sorts of produce and products.

The second is from a different route along one of the main roads through town which goes by San Andrea delle Valle, which is like a mini St. Peter’s.

This is part of the excavated Roman ruins and Trajan’s column with a statue of St. Peter atop it at the bottom of the hill my university sits on.

The gate of my university, the Pontifical University of St. Thomas in the city, or the Angelicum for short.

A view inside a classroom.

Place for breaks, the back garden. Beautiful and peaceful, especially in the spring with the orange and then lemon blossoms bloom. Also home to the biggest olive tree I’ve ever seen.

On the way home, Trajan’s column and twin Marian churches.

Back roads way home where we have a community lunch, or pranzo, in Italian.

My somewhat messy room where I often study. The afternoons are our time to get everything done, including meets, apostolates, and homework.

Going into the chapel for vespers. After this dinner, or cena in Italian, is served. Then the night is often free. Guys may watch movies, read, study, hang out, etc. Some go out to eat in the city instead.

Great pictures. My nephew, Father Mathew Kraemer, went to school at the Pontifical University in Rome. It has been wonderful getting to know you, while you are at St. Ann’s.