A DAY IN THE LIFE: Father Doug Liebsch 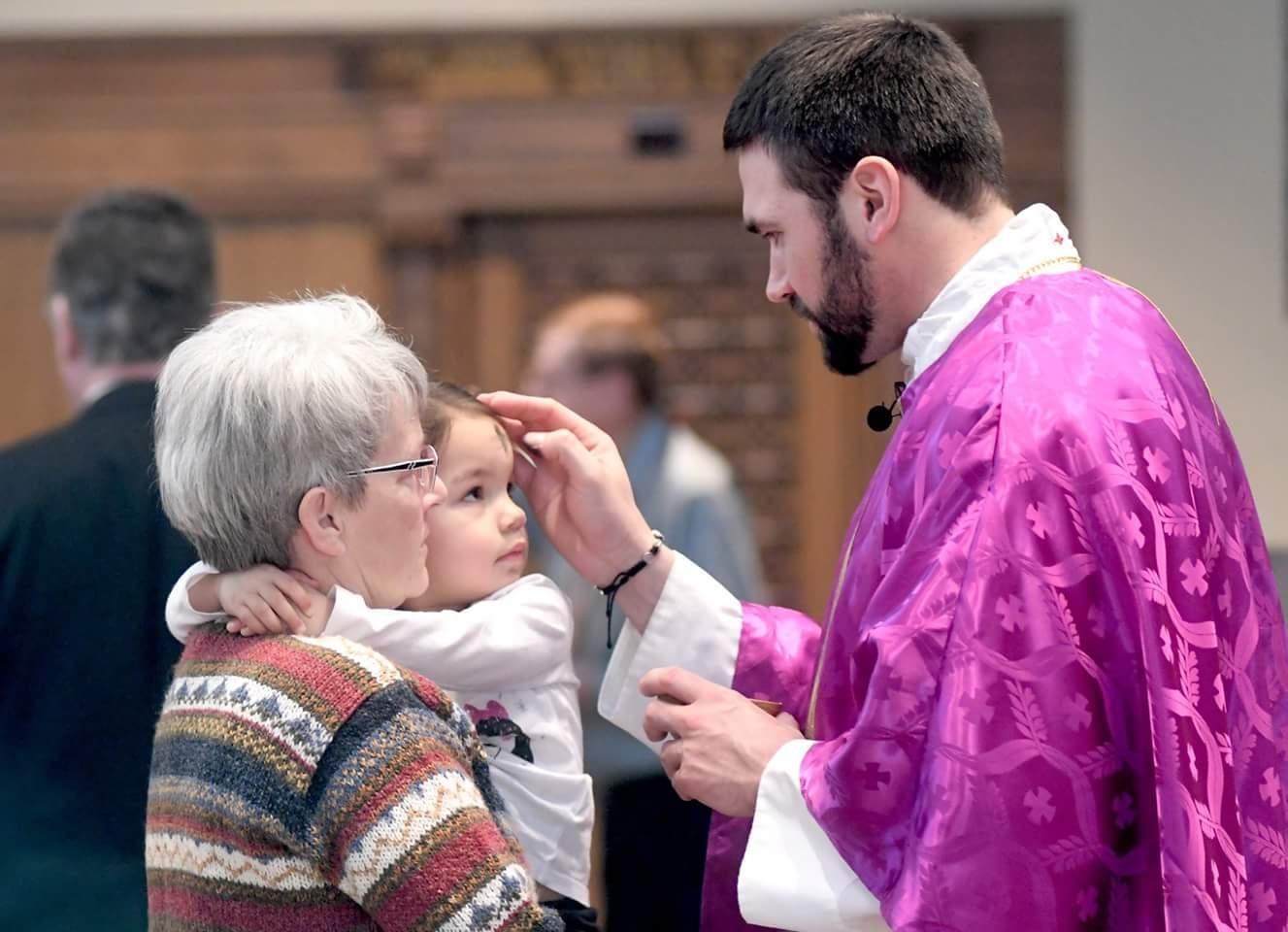 Father Doug Liebsch. Gosh there is so much to say about this guy! Father Doug is one of the youngest priests in the St. Cloud Diocese and has spent his first two years of the priesthood at St. Mary’s Cathedral and the Church of St. Augustine. I was fortunate enough to be able to interview Fr. Doug about what his typical day looks like!

Father Doug’s day-to-day schedule is not very consistent, but he typically has his alarm set for 5:30 AM (he said that ideally he also wakes up at this time). He has Mass at either 7:15 AM or 12:05 PM and normally spends 6:15-7:15 AM in prayer unless he is playing basketball which he does 1-2 days a week at 6 AM. His mornings usually consist of meeting with people or popping in and out of classrooms at St. Katherine Drexel school. In the afternoon he might be making some visits to the Hospital or nursing homes and once or twice a week he looks forward to a potential nap! Father Doug’s evenings are consumed with meeting with people or attending different events, including some of the local sporting events.

Of all his priestly duties, Father Doug looks forward to hearing confessions the most. “I have experienced the Mercy of God so powerfully in the Sacrament for myself, both before and after ordination to the Priesthood. This same Mercy of God I am able to see at work in the eyes and hearts of so many who come to this great sacrament.”

Sundays are Father Doug’s favorite day of the week because it is the most fulfilling and re-energizing. He typically gets to spend most of the day with people but also has a little time to relax and spend time outside.

When I asked Father Doug what surprised him most about the priesthood, he said how normal it felt. He said everything didn’t necessarily come naturally, but it felt right.

Meal of the day: Supper

Favorite way to pray: “I like having adoration. One of the amazing privileges as a priest is having constant access to the Church and the Blessed Sacrament. Spending time with Jesus in His Silence is very, very peaceful.”

Favorite thing to do in his free time: “On my day off I am usually on a lake fishing, unless it is in the fall, then I will be hunting. Yes, I know, my mom says I need some different hobbies as well. Does bow-fishing count as a different hobby?”

We are so blessed to have such holy men serving us as priests in our diocese, living out their vocation with joy, humor, and heroic sacrifice! Let’s continue to pray for all of our priests and that young men who are called to this beautiful vocation would have the strength and courage to say yes to God’s invitation.