WYD, Part V: When God Surprises You With Mercy 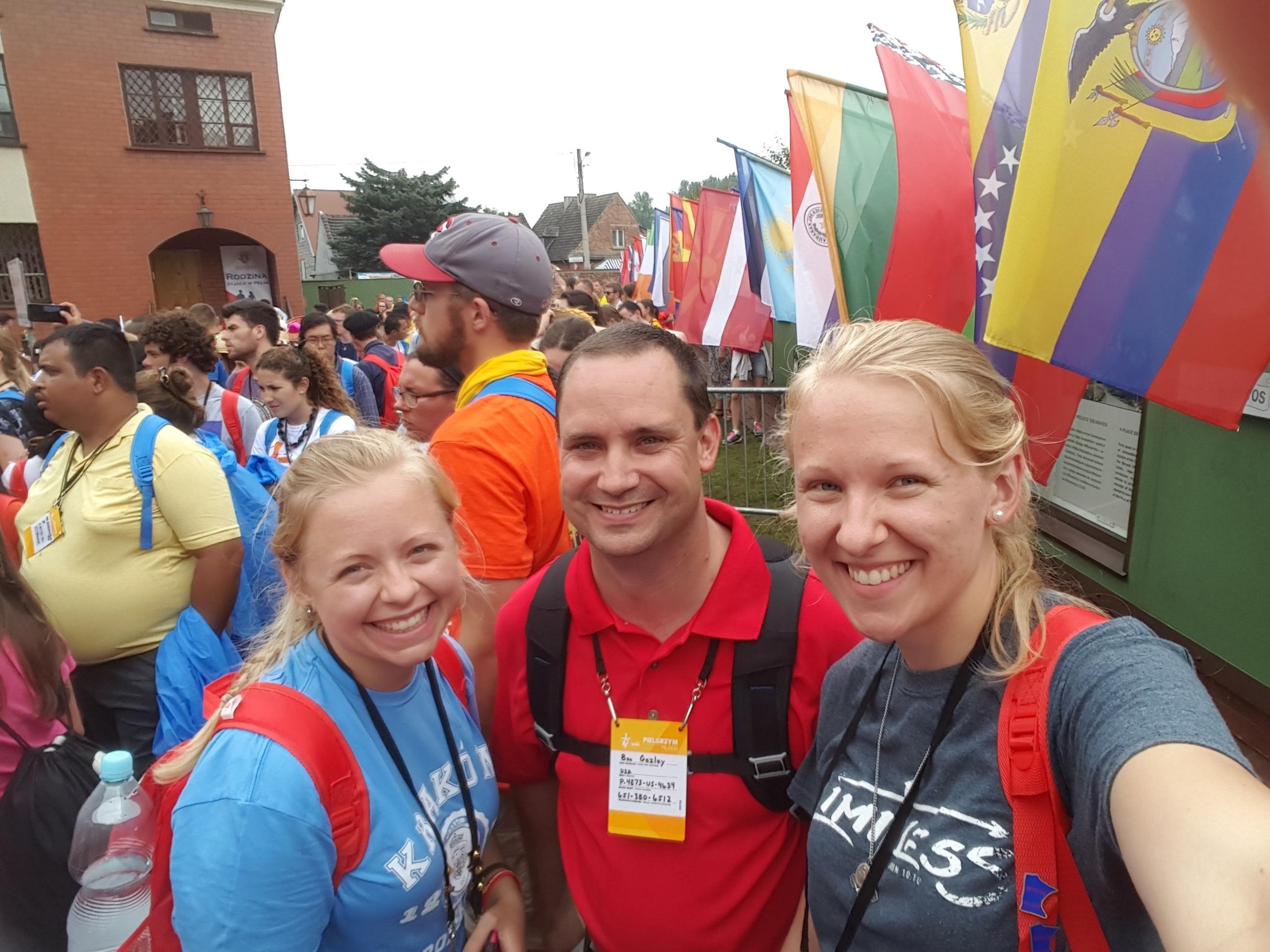 I’ve always been told that the will of God will never lead you where the grace of God will not sustain you. I love this quote, and I’ve seen it in action more than ever in this past month since my friend Ben died. During our trip to World Youth Day, on the morning of the overnight Vigil where all the pilgrims sleep out in a huge field, I found out that his body had finally been found, after 3 weeks of searching since the kayaking accident. I was so relieved, since we had been praying and offering Mass and lighting candles for him at every church and shrine we had been to in Spain and Poland. But it also brought back fresh grief as I had to let go of that last shred of hope that somehow Ben was still alive. That night, after the candlelit Vigil with Pope Francis, I started to become overwhelmed with emotion again, and I desperately wanted a p

lace to hide—an adoration chapel, a corner of the field, anywhere that I could escape to pray and be alone with God for a while. But I soon realized that when you’re in a field with 2 million people, being alone is not only impractical but absolutely impossible.

As the rest of my group finished praying and started goofing around and talking, I hid my face in my knees and tried not to let anyone see my tears. But then I heard God saying to my heart, I know you want to be alone but that’s not what I have for you right now. I want you to let Me love you through the people around you. Let them see your pain and be vulnerable with them. That was the last thing I wanted to do! Even though the people in our group had become like family in the last 9 days together, I have never been good at being vulnerable with other people. But when Jenny, one of the girls in our group, came over and started talking to me, I knew God wanted me to let her see what was going on in my heart, as reluctant as I was. And before I knew it, I was surrounded by a whole group of people, including one of the priests and my two sisters, and we were all crying and praying together as they shared my pain. The hurt in my heart was finally able to be let out, as I sobbed harder than I had in a long time. But I realized at that moment that God’s plan was so much greater than mine—just as I was trying to escape from the people around me, He led them to me in order to show me His love and mercy in such a tangible way.

I was taught this same lesson of seeing God’s mercy through other people another time during the trip, when my sister Briana and one of the guys in our group, Bou, volunteered to use their afternoon free time to help me get back to the Divine Mercy Shrine and convent of St. Faustina (where she received many visions of Jesus and spent her last days!). We had gone there together as a group a few days earlier, but I had unintentionally volunteered myself to be interviewed for a radio show (only I would accidentally do that!), and they decided to have the interview right as we arrived at the shrine, taking up the majority of our time there. The next night in Adoration (with 20,000 other English-speaking pilgrims plus Audrey Assad & Matt Maher!),

I felt a strong pull on my heart to go back there, and even though I had no idea how that would be possible I trusted that God would somehow make it happen. So when Briana and Bou volunteered to go with me, I knew that was my chance! The time at the Shrine was incredible, but due to the long lines to see St. Faustina’s relics we ended up not being able to catch a train and had to walk all the way back to Blonia Park where Pope Francis would be having his Opening Welcome, which was quite a few miles!

But even though the number of blisters on Bou’s feet went from 1 to 10 by the end of the walk, and Briana started having trouble with her asthma, neither of them complained. And although I know Bou was in a lot of pain that night, he told me that he would gladly do it all again the next day if I asked him to because he knew how much I needed to get there. I realized that they were a reflection of God’s mercy for me that day— powerful love that isn’t afraid of suffering. The sacrifices Bou and Briana made for me really made me look seriously at my own heart to see how I can make God’s mercy and love visible to the people around me.

One of the girls in our group had worn a t-shirt on the trip that said “Live Generously.” That’s what Divine Mercy is all about—giving of ourselves in imitation of Christ Who gave Himself and continues to give Himself to us out of pure love.

So how are you called to be the living reflection of God’s mercy? At the heart of it, mercy is self-giving love when it encounters brokenness and suffering. Is there someone in your life whose burdens you can help carry? Or are there sacrifices you can make in order to make life more beautiful for another person? God has given us the incredible ability by His grace to be His mercy and love for others. Let’s use it!