WYD, Part II: Our Lady of Czestochowa and Auschwitz 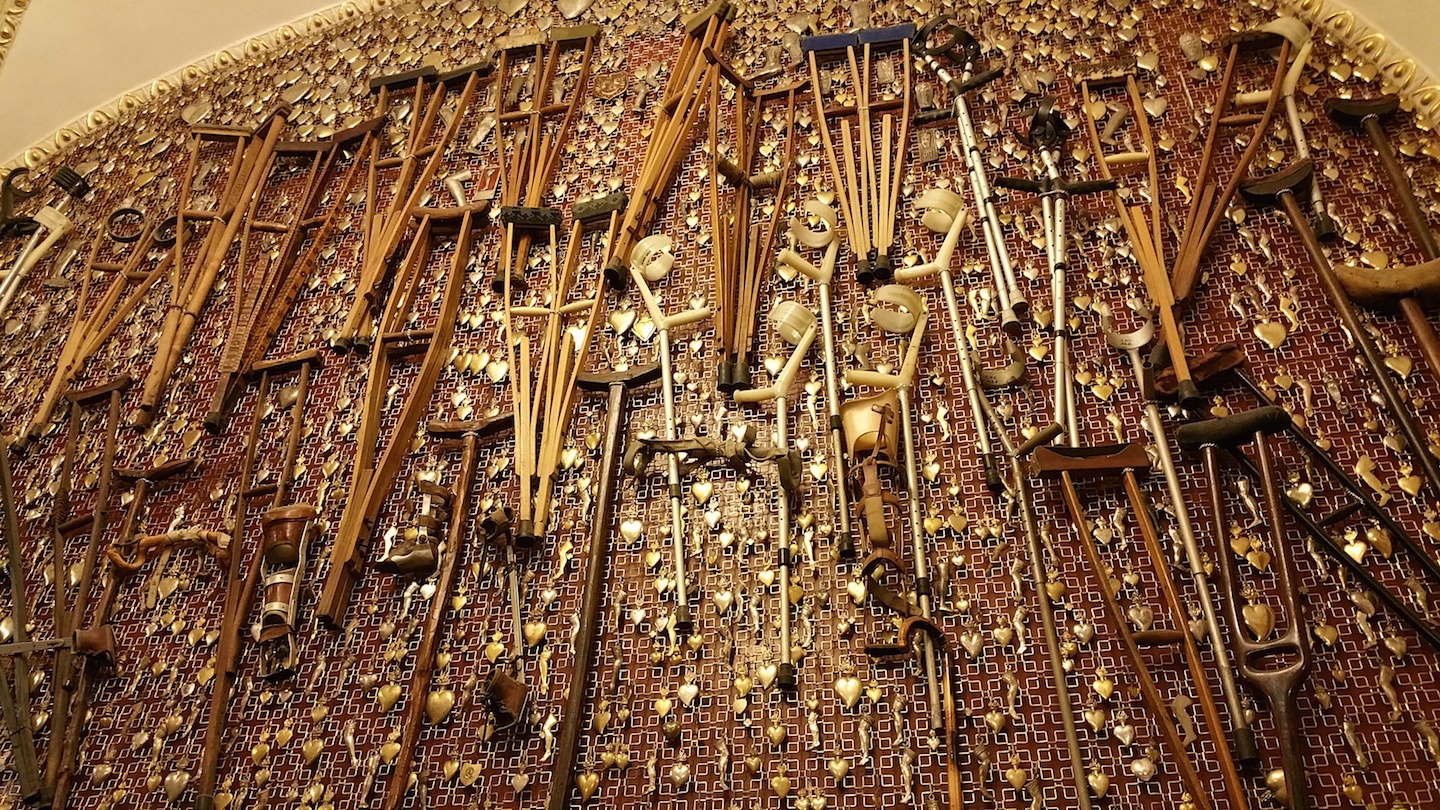 Bloggers Nikki and Tricia Walz participated in World Youth Day in Krakow, Poland, July 26-31. Using this blog, they will reflect on their experiences. This is the second in a series.

Probably the most emotion-filled day of the trip for me personally was when we went to both Our Lady of Czestochowa and Auschwitz on the same day. Our Lady of Czestochowa is one of the most inspiring places I have ever been to. It was absolutely packed with thousands and thousands of young people, all praying and admiring the beauty that this church possessed. We were told you could process around the Black Madonna image by walking or kneeling. When I got on my knees, I immediately noticed the massive grooves in the stone flooring, where millions of people had processed before me. Not a single person walked around the image that I saw; EVERYONE was on their knees, praying and asking for the intercession of Our Lady.

My eyes were filled with tears when I finished my procession, and as I looked closer at the surrounding walls I was even further amazed. Not only were there thousands of rosaries covering the walls, but also pairs of crutches, and medallions of hearts, arms, legs, etc. that represented that

body part being healed through the intercession of Our Lady of Czestochowa. Now if my tears had subsided at all, they were back full force. I was so moved by this place. I felt like I had a special connection with this church, like I could relate to the thousands of people who had been healed here, as I too was given another chance at life in high school.

The mood changed incredibly quickly when our bus arrived at Auschwitz.

Walking on the same ground, standing where the prisoners had roll call every morning, looking at the remains of the gas chambers and the bunker where St. Maximilian Kolbe died weighed very heavily on my heart. Everyone could feel the pain that had been endured on that very land, and for quite some time everyone just walked in silence. What was there to even say? How could someone be that hateful? That merciless?

One of the places that has been haunting me since was this small pond on the side of the property that the Nazis threw everyone’s ashes into. To look at this calm water and think of what lies beneath the surface; to think

of every story that was left unwritten, ended in the most inhumane way, had a chilling effect.

When our group got back on the bus, one of the priests talked briefly about what we just encountered. He looked at each of us and asked how tired and hot we were after the couple hours we spent in the sun. He then reminded us how easy we had it – all we did was walk through the camp and many people had brought water along, or stopped in the shade to cool off or take a rest. We also had the choice before we walked in, if we wanted to stay on the bus and skip seeing how cruel Auschwitz really was. The millions of people that died there had no choice; they couldn’t bring their water bottle along, or sit in the shade for a rest. They couldn’t say no more and leave like we could. For the remainder of the trip I thought of these people every time I was tired of walking or I desperately wanted cold water. What right do I have to complain when these people were deprived of everything? And still today—there are still people suffering from persecution and intense hatred just like those who died in that horrible place. How can I alleviate some of their suffering rather than focusing on my own comfort?