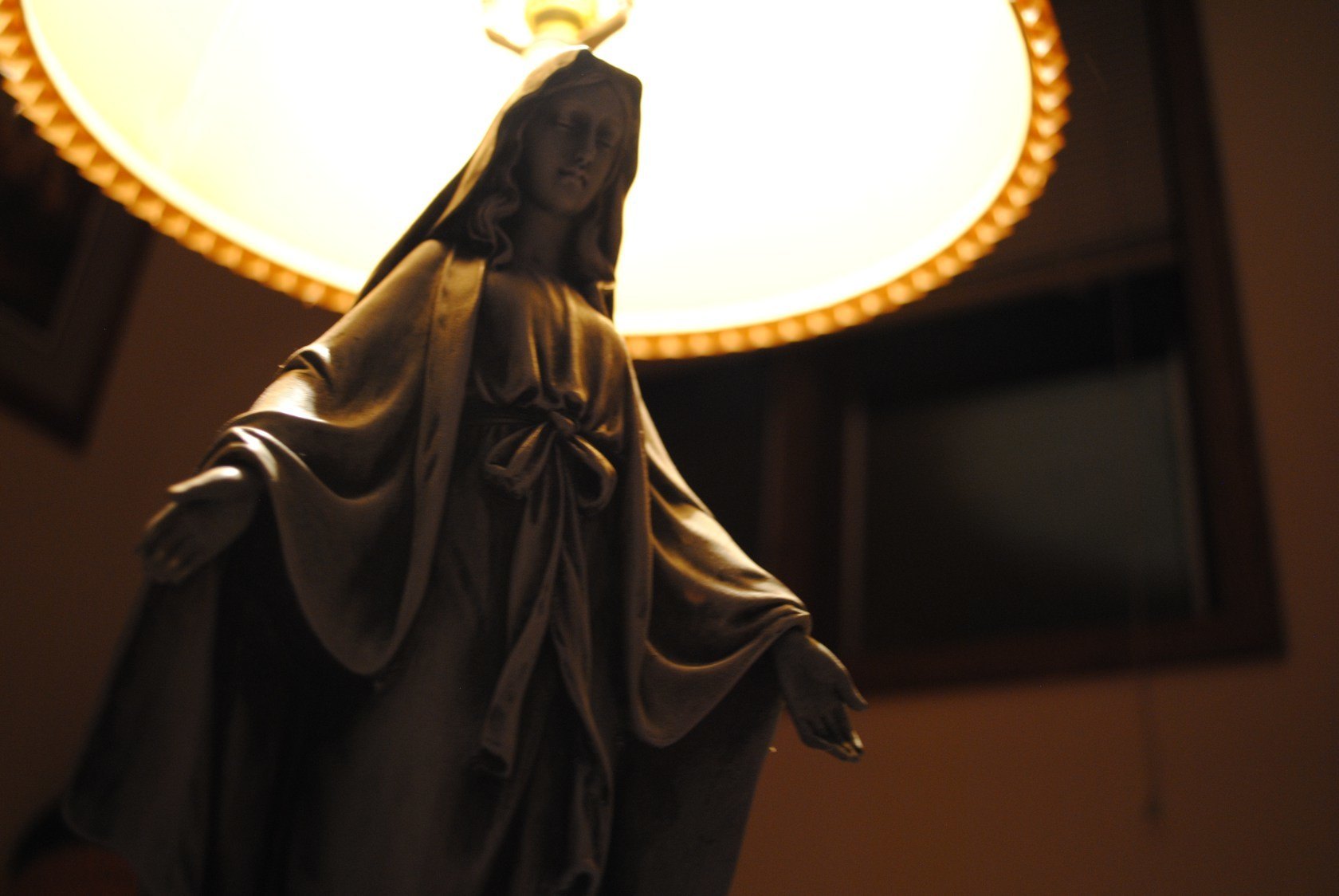 The chain Lucas wears on his wrist.

I always find it fun when people ask me why I wear a chain around my wrist. It looks like a regular old bracelet and I don’t think those who ask are ready for my response. Usually accompanied by a smile, I say, “It’s a reminder that I am a slave to Love.”

The chain is commonly worn by those who have gone through the Total Consecration. Saint Louis de Montfort wrote the Total Consecration in hope that people would take up true devotion to Mary, insofar as devoting oneself entirely to the will of God. God didn’t need Mary by any means, but choose her to work through to bring Himself into human existence. But, Mary needed to allow God to work through her. So, we get the humble passage in the Bible that is to reverberate in the hearts of those who have consecrated themselves:

A complete sacrifice of one’s own will to take up the will of God is what Mary did and those devoted to her must do. Throughout the preparations for the consecration, we are give readings from the Gospels, and different pieces from St. De Montfort’s other works. Each aimed at the Gospel passage from above. The consecration itself is one day but is to be prepared for by 32 days of preparation making a thirty-three days long spiritual retreat. There are different versions of the consecration and can probably be googled but I’ve found it best just to ask someone about it (most priests know of it, if not done it) if you are interested in consecrating yourself which I highly recommend.

The back of the miraculous medal

I recommend Total Consecration because, after having gone through it twice and about to finish up my third time, I find a constant need for a reminder that God presented Himself to man through Mary and that she is a powerful advocate to have praying for myself and others. The preparation readings allow me to deepen my relationship with Christ as well as Mary, and allow a very basic start to the sacrifice of my own will. They aren’t long readings but instead of watching something on Netflix, I read and reflect for the day. It’s a simple sacrifice but is the essential start to the process that leads to the larger sacrifices in life that come in all vocations and walks of life.

So, my response to those who ask about the chain may not make sense by a simple explanation but this sacrifice of my will for the will of God brings forth a lot of peace, joy and grace which is worth more than the comforts of following my own will. Totus tuus, Maria.

Lucas Gerads is a student at St. Cloud State University, and is pursuing a degree in Philosophy and English with an emphasis in Linguistics and Rhetoric. Read more about Lucas on the Meet Our Bloggers page.

Previous Post Mary Monday: My Journey From Devoted Believer to Spiritual Daughter Next Post A DAY IN THE LIFE: Father Doug Liebsch