Aging Gracefully: Loving Our Family and Ourselves Through Life 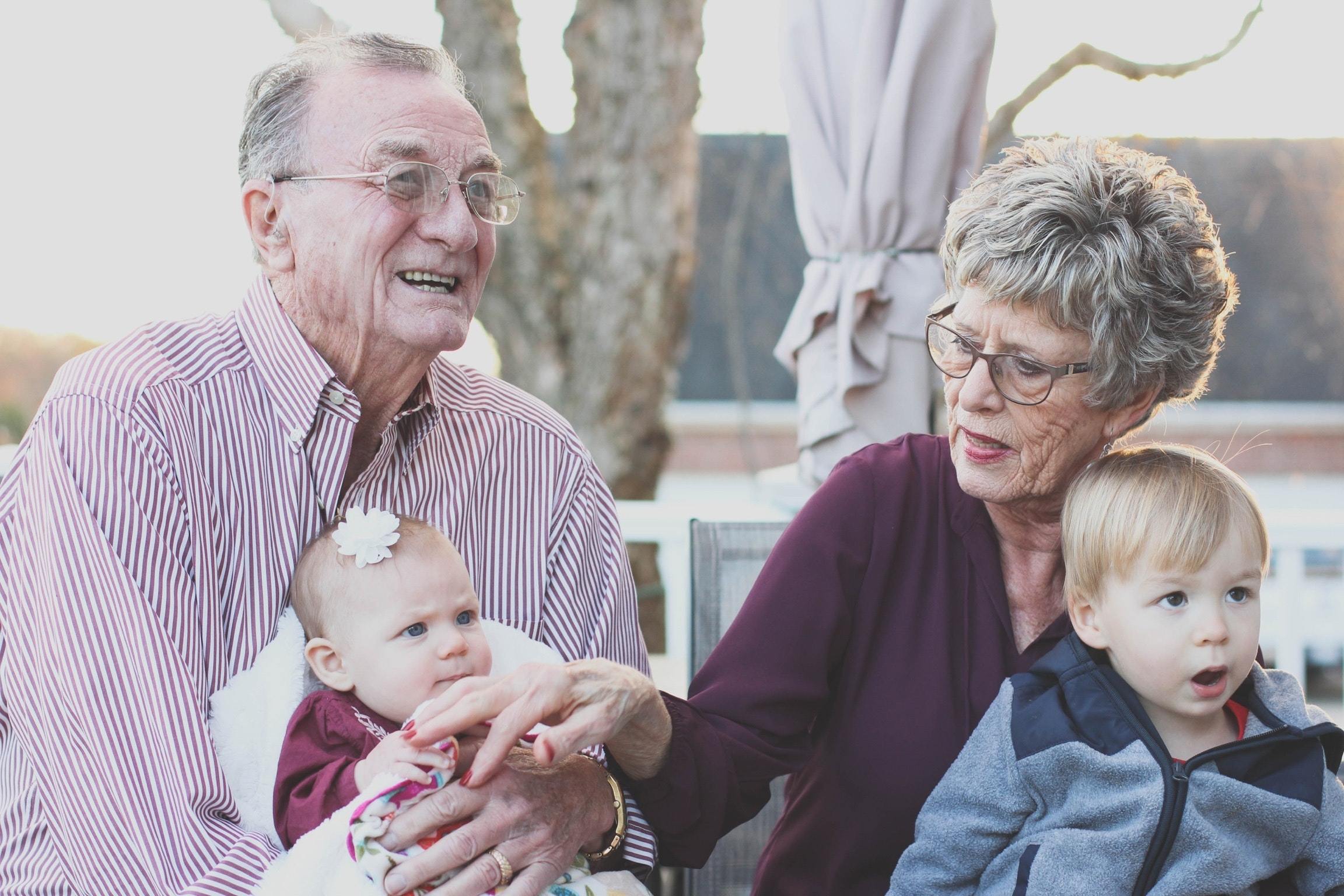 November is Alzheimer’s Awareness Month. Guest blogger Peter Mullin writes about “Aging Gracefully,” in a chapter of his latest book, False Financial Finish Lines. Peter grew up in St. Cloud. He brings his expertise as a professional together with his personal experiences to this idea of aging through retirement. The heart of “Aging Gracefully” is about accepting one another – including ourselves – as we are. 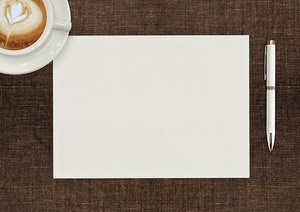 President Ronald Reagan is famous for many things. A part of what became his story after his presidency is his battle with Alzheimer’s. He wrote a letter where he said his thanks and farewell to the nation while he still could do so. What a hard letter to write. I can’t imagine sitting down. I imagine Reagan’s loyal spouse, Nancy, at his side. He writes succinctly. He wants to tell the nation that he is not afraid. He writes, “When the Lord calls me home, whenever that may be, I will leave with the greatest love for this country of ours and eternal optimism for its future. I now begin the journey that will lead me into the sunset of my life.”

Good for him. I’m sure that letter had to leave him with a sense of peace. And it certainly did bring awareness to the condition that confronts many Americans. We likely all know someone who has suffered or suffers some form of memory illness.

My Grandpa Tabor saw Alzheimer’s Disease set in during at least his last decade of life. He treated those with mental illness. He retired late in his life. Grandma spent his remaining years shielding him from minor mistakes at first. Those minor social miscues became significant.

Once grandpa walked off at a family dinner. The local police helped us find him blocks away. Eventually, Grandpa moved to the care of a memory unit at a nursing facility. I remember seeing him there. A smile on his Polish face. (He loved that he was Polish and pierogis and his Catholic-Polish Pope, Saint John Paul II.) There was still love in his heart.

It was tough to see the door shut to Grandpa’s unit when we left. It was like watching the door shut on me for the first time, as I dropped my son off at daycare. We were helpless. He was under the care of providers and his Lord. I took another peek through the narrow window on the door to the memory unit. Grandpa was already asleep in a recliner. By the way, these changes for Grandpa didn’t come about with ease. 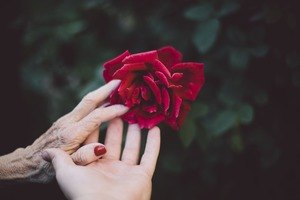 The strain of being a caregiver wore on Grandma, I think. She was strong up to Grandpa’s last day and at his funeral. Then something changed. Grandma was diagnosed with Parkinson’s. Then came dementia. My grandma, with the biggest heart in the world, was receiving care.

First by drop-by caregivers. Then the caregivers were present 24/7.

Grandma continued to live in her home throughout her remaining years. The stories remained around her, and the visits continued. Often the visits and the photos our family continued to share with her were enough to share our love. She kept the photos of her great-grandchildren next to her recliner.

Alzheimer’s Disease, Parkinson’s, dementia, and ill health in general, can afflict those we love. It forces us outside our comfort zone. Any illness –– be it mental or physical –– is difficult and calls for an ocean of grace. 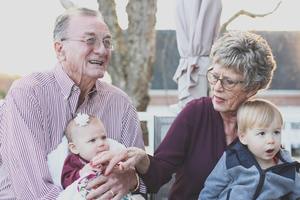 When we imagine retirement from our early years through our 50’s and 60’s, we likely imagine our active years. We’ll catch up with friends. We’ll play 36-holes of golf and have an early dinner. We’ll chase our grandkids around wherever they may be. We’ll reignite that passion we had for music, crafts or sports. We’ll discover new hobbies like painting.

While you’re busy living, consider planning for your late years, too. Now, I have no idea what it takes to age gracefully. I know all sorts of folks that lead examples of what aging gracefully might look like. I’ve listened to some of those from The Greatest Generation. I’ve heard inspirational stories about seniors on TV. A great tale teaches aging. Tuesdays with Morrie by Mitch Albom is about a man who becomes ill with Lou Gehrig’s Disease. An old student who was caught up in the fast pace of life reconnects with his teacher. Morrie speaks candidly about life, joy, pain, and relationships.

So strive to age gracefully. Then write to me when you find out what that entails.

I have some ideas of what it means. It means deciding and reaffirming early and often that you will accept help from loved ones. That you will cherish the opportunity to relate your experience to all who will listen. That you will give up your driver’s license.

It means realizing that you have immeasurable worth. 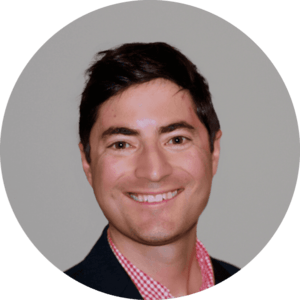 Significant excerpts of this article are taken from, False Financial Finish Lines, a book by Peter Mullin. It is published with permission. Please contact Peter Mullin for permission to copy or distribute. Securities offered through LPL Financial. Member FINRA/SIPC.